WARNING: Autoimmune disorders are on the rise, new study reveals 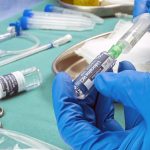 (NaturalHealth365) Millions of Americans live with autoimmune disorders, and despite plenty of money invested in research, scientists have largely ignored the underlying problems causing them.  Unfortunately, it appears that autoimmunity – which occurs when your immune system begins attacking your body instead of protecting it from disease – is on the rise within the United States.

According to the NIH MedlinePlus Magazine, new research funded by the National Institutes of Health discovered that autoimmunity has been on the rise for the past several decades.  While it significantly increased among Americans overall, it was especially prevalent in non-Hispanic whites, adults over 50, males, and adolescents.

The threat of autoimmunity is real, particularly among adolescents

While autoimmunity is increasing across the board in America, what researchers find so worrisome is the sharp rise in adolescents’ autoimmunity markers.  Among young people between the ages of 12-19, scientists have found the largest increases in antinuclear antibodies (ANA), which is autoimmunity’s most common biomarker.

Scientists evaluated ANA prevalence between 1988-1991, 1999-2004, and 2011-2012. ANA increases across those three timeframes went from a two-fold to a three-fold increase in the adolescent age group.  While researchers note that people haven’t changed much genetically over the past 30 years, they do believe that changes in the environment and lifestyle may be partially to blame for these increases in ANA, signifying increased autoimmunity.

Although researchers didn’t go beyond simply noting that environmental and lifestyle changes may be to blame for the increased rate of autoimmune disorders, we do know that leaky gut, poor dietary habits, and environmental toxins all could be to blame.

Leaky gut syndrome causes individuals to develop irritated or inflamed intestinal linings which in turn allow food particles, bacteria, and toxins to seep into the bloodstream.  Over time, this results in a compromised immune system and may damage other body defense mechanisms.  Research has linked dietary habits like eating too many simple sugars or heavily processed foods packed with glyphosate and GMOs to leaky gut.

Environmental toxins have also been linked to chronic health conditions like autoimmune disorders.  These toxins often lurk in the air, in foods we eat, or even in the water we drink. Some of the worst toxins include:

Take these simple steps to reduce your exposure to environmental toxins

It’s important to avoid these environmental toxins by drinking only clean drinking water, purifying your indoor air, and purchasing locally-grown, chemical-free foods.  Additionally, you’ll want to avoid personal care or household products that contain toxic chemicals.  Adding plants to your home can also help clean your indoor air.  Some of the most effective air-purifying plants are Peace Lilly, Snake Plant, and Bamboo Palm.

Understanding why autoimmune disorders are on the rise in the U.S. is important.  Take the necessary steps to combat and even reverse these problems by improving your diet, reducing the toxins you’re exposed to, and leading a healthier lifestyle.

(NaturalHealth365)  As Big Pharma rolls out one COVID booster after another, a END_OF_DOCUMENT_TOKEN_TO_BE_REPLACED

(NaturalHealth365)  According to the American Cancer Society, “There is no information that END_OF_DOCUMENT_TOKEN_TO_BE_REPLACED