The dangers of magnesium deficiency 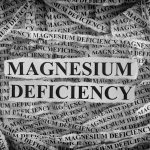 (NaturalHealth365) Probably the single most important property of magnesium in the body is its ability to act as a natural biological antagonist to calcium. As most adults have excess calcium throughout their bodies, it is this reciprocal relationship between magnesium and calcium that makes most people in need of regular magnesium supplementation.

In fact, the more you have of one, the less you have of the other. When calcium levels are high in the cells and the extracellular fluids, as they are in most adults, magnesium levels are corresponding low. And, because of this unique relationship, taking regular sizeable doses of supplemental magnesium works to mobilize and excrete calcium – which is one of the healthiest effects that can result to the typical body overloaded with calcium.

So what does magnesium do for us?

Just like the class of prescription drugs known as calcium channel blockers, magnesium appears to have the ability to block calcium channels. This ability to block these channels that extend across the cell membranes results in a limitation of the calcium quantity that would otherwise be taken up by the cells – effectively lowering the intracellular concentrations of calcium in the cells throughout the body.

Largely because of this effect on excess calcium inside the cells of the body, supplemental magnesium has been documented to be beneficial in asthma, eclampsia, migraines, hypertension, convulsive disorders, stroke, atherosclerosis, acute myocardial infarction, and inflammation in general.

Increased smooth muscle tone is one common denominator among these conditions, and magnesium, like a prescription calcium channel blocker, can very effectively bring down elevated blood pressures.

Do you suffer with osteoporosis? (Read this)

Because of its unique relationship to calcium, along with its ability to largely normalize calcium metabolism when present in sufficient amounts, magnesium is a very effective anti-osteoporosis agent.

As a monotherapy, it has demonstrated the ability to increase bone density and to decrease fracture incidence. In addition, magnesium can dissolve abnormal calcium deposits outside of the bone and keep them in solution until re-utilized in normal calcium metabolism or excreted in the urine.

It has also been documented to decrease elevated intracellular levels of calcium – a very important component of all chronic degenerative diseases, including cancer. The ‘flip side,’ a magnesium deficiency, has been documented to promote abnormal calcium deposition, increase the calcium levels inside cells, initiate the pathology of osteoporosis, and even promote the growth of cancer cells.

What are the other biological effects?

Magnesium has been documented to be a important player in the regulation of insulin action in the body. It has been found to have anti-atherosclerotic effects, and some studies have indicated it plays a role in improving brain function and learning.

Its role as an essential enzymatic cofactor is enormous, as its presence is required in more than 300 different enzymatic reactions. Basically, adequate magnesium levels, within the body, will decrease the chance of dying from anything.

In large studies, magnesium has been documented to decrease all-cause mortality. This means that the effect of magnesium is so important in the body that its deficiency makes all diseased cells sicker, while its restoration improves the health of all those compromised cells.

The very powerful effects of supplementation were demonstrated exceptionally well in two such studies. Both studies looked at the effects of a continuous magnesium infusion over either a 24 or a 48-hour period, in patients with suspected or established heart attacks.

A total of 22 grams of magnesium sulfate was given in the patients treated for 48 hours. In both studies, the treated patients had a decreased all-cause mortality rate for a full 5 years following the studies.

Few, if any, other medicines, nutrients, or other beneficial agents administered for the general support of good health can be given in any dose for only a period of 1 to 2 days and have such a profoundly positive impact for such an extended period of time.

The best magnesium for human consumption

While there is much more significant information on the positive effects of magnesium supplementation, it is beyond the scope of this brief article. When supplementing any mineral like magnesium, you want to have a supplement form that supplies both a desirable anion along with the cation, in this case magnesium. While not the only good supplemental form of magnesium, my recommendation is magnesium glycinate – which also is supplementing an amino acid that is needed in abundance by the body.

There is nothing wrong with taking more if you tolerate it, but having the guidance of a knowledgeable doctor would be a good idea – if you want to go higher. And, if you can only tolerate 100 mg, – then still go ahead and take that amount.

About the author: Thomas E. Levy, MD, JD is a board-certified internist and cardiologist. He is also bar-certified for the practice of law. He has written extensively on the importance of eliminating toxins while bolstering antioxidant defenses in the body, with particular focus on vitamin C.  His book entitled Magnesium: Reversing Disease is now available at amazon.com or medfoxpub.com.  For more information about Dr. Levy – visit: PeakEnergy.com

(NaturalHealth365)  According to the American Cancer Society, “There is no information that END_OF_DOCUMENT_TOKEN_TO_BE_REPLACED