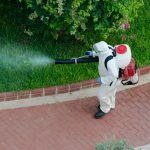 (NaturalHealth365) According to new statistics released by the U.S. Centers for Disease Control and Prevention, 37 million Americans – a startling 15 percent of adults across the nation – are now estimated to have chronic kidney disease (CKD).  Not only that, but an astounding 90 percent of people with CKD do not even suspect they have it!  And, even when severe kidney disease is involved, only 3 out of 5 individuals with the condition are aware of it.

Against the backdrop of these disturbing figures, a just-published study reveals that malathion – the most popular organophosphate insecticide in the United States – substantially raises the risk of CKD in the American population.  Clearly, this calls for closer examination of the link between this toxic pesticide and CKD.  Let’s take a look at the research.

Chronic kidney disease, also known as chronic kidney failure, involves damage to the kidneys and loss of kidney function.  This serious condition jeopardizes the kidneys’ ability to filter waste products from the blood and excrete them through urine – causing fluid, electrolytes, and toxins to build up in the body.

The early stages of kidney disease are often symptomless, causing the condition to go unnoticed.  More advanced kidney disease may be indicated by fatigue, loss of appetite, nausea, vomiting, urination that becomes less or more frequent, confusion, shortness of breath, and chest pain.

Keep in mind, CKD can lead to severe – and even life-threatening – complications, including pulmonary edema, heart disease, high levels of potassium in the blood, seizures, and irreversible kidney damage.  The condition can progress to end-stage kidney failure, which – unless addressed by dialysis or a kidney transplant – is fatal.

In the study, which was published October 14 in the International Journal of Environmental Research and Public Health, researchers examined the effects of pesticides on kidney health in the US population.  The research involved over 41,000 participants and was conducted using data from the USA National Health and Nutrition Examination Survey (NHANES).

Animal studies have previously shown that exposure to malathion increases markers of kidney injury, such as levels of serum creatinine and urea.  And human studies, as well, have linked malathion to kidney damage.

Also driving the research was the growing incidence of unexplained chronic kidney disease in tropical countries.  While hypertension, diabetes, and aging are primary factors for chronic kidney disease, international researchers had noticed the growth of cases of CKD with no known cause, particularly in agricultural workers in poorer sections of India and Sri Lanka.  The scientists suspected that environmental toxins such as pesticides might be playing a role – and wanted to examine the possible effects of pesticides on kidney health in the United States.

And they found that malathion exposure was associated with a significant 25 percent increase in chronic kidney disease in the United States!  Study co-author Nicholas Osborne, PhD, an associate professor at the Queensland University School of Public Health, reported that the study provided evidence of altered kidney function in people exposed to malathion.  “Malathion,” Dr. Osborne stated, “increases the risk of low kidney function in the general US population.”

Wait, there is more!  Malathion depletes supplies of the body’s most potent disease-fighting enzyme

Categorized as a “probable carcinogen” by the World Health Organization, malathion has been linked in animal studies to birth defects and various cancers.  It has also been shown to be an endocrine disruptor.  Scientists believe that malathion and other organophosphate pesticides cause their damage by reducing the metabolism of glutathione, the body’s most important natural antioxidant.

This in turn leads to increased oxidative stress and disease.

Malathion is licensed for agricultural and domestic use – as well as for mosquito control in recreational areas – and turns up in a wide variety of applications.  It may be used on fruits, vegetables, shrubs, and lawns, as well as in household pesticides for ant control.

It can also be found in products used to treat fleas and ticks on pets – and even makes an appearance in some treatments for head lice on humans.  Short-term effects of high exposure to malathion include headaches, nausea, dizziness, cramps, diarrhea, excessive sweating, blurred vision, and accelerated heart rate.

Minimize exposure to malathion and other environmental toxins

While the Environmental Protection Agency insists that the small amounts of malathion used for mosquito control make effects on humans “unlikely,” Dr. Osborne warned that chronic exposure to pesticides – even in very small doses – can lead to negative health outcomes.  Natural health experts note that people can be exposed to small – but damaging – amounts by eating conventional chemical-dependent foods, inhaling the spray through mosquito spray programs, and being exposed to “drift” from local landscape applications.

To minimize exposure, experts advise remaining inside or avoiding the area for at least 30 minutes post-spray.  Close windows and doors, turn off window air conditioners, and close vents during spraying – and for at least 10 minutes after.

Minimize contact with surfaces in recently-sprayed areas, and – if these areas are contacted – wash skin well.  Rinse both homegrown and store-bought fruits and vegetables well before cooking or eating.

And, don’t forget to protect your fine furry friends.  Pet food and water dishes should be brought inside, and ornamental fishponds should be covered, if you notice any spraying of toxic chemicals.

Other natural steps you can take to support kidney health include avoiding the overuse of NSAID medications, maintaining a healthy weight, quitting smoking, bypassing sodium-laden processed foods, and managing medical conditions that can harm kidneys.

The fact that chronic kidney disease is common in American adults is disturbing, especially when you consider the lack of awareness.  But: the fact that malathion appears to contribute to the growing global incidence of the disease is even worse.  Be proactive and protect your health.  It’s worth it!

(NaturalHealth365)  Over the past 70 years, the consumption of highly processed foods END_OF_DOCUMENT_TOKEN_TO_BE_REPLACED

(NaturalHealth365)  Honey bees have been under attack for over a decade, yet END_OF_DOCUMENT_TOKEN_TO_BE_REPLACED