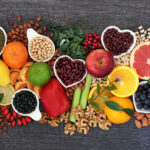 (NaturalHealth365)  Rutin, also called rutoside, is an antioxidant flavonoid or plant compound currently used in more than 130 registered therapeutic medications.  Yet, many people have never heard of it.  Scientifically known as quercetin-3-O-rutinoside (technically, a quercetin molecule bound to a sugar molecule), this intriguing compound offers many of the same health benefits as quercetin.

And, it is finally getting some well-deserved recognition.  An accumulating body of recent research highlights rutin’s therapeutic and health-promoting benefits.  Not only does rutin support overall health, but it can benefit the joints and circulatory and digestive systems.  So let’s take a closer look.

Benefits of rutin may include easing painful joints

Rutin seems to excel at staging “seek and destroy” operations on free radicals, scavenging and neutralizing these troublesome cell-damaging, oxidative stress-creating molecules.  In addition, rutin enhances the effects of other powerful natural antioxidants already present in the body, such as glutathione and superoxide dismutase.  For that reason, natural healers often advise rutin to alleviate the pain and stiffness of inflammatory conditions such as arthritis.

In research published in 2019 in “Bioactive Foods as Dietary Interventions for Arthritis,” the researchers named rutin as the “best antioxidant” of the natural class of compounds.  One older but still well-regarded study published in Biochemical Pharmacology found that the antioxidative and anti-inflammatory properties of rutin helped reduce oxidative stress in patients with arthritis.  The impressed researchers credited rutin as a “useful supporting pharmaceutical agent” for treating free radical-induced diseases.

The takeaway: rutin appears to be a safe, natural, and effective way to reduce inflammation.

Natural healers have long used rutin to promote efficient circulation, and current research shows its ability to support cardiovascular health.  Rutin is believed to strengthen and increase flexibility in arteries and capillaries and has also been credited with antiplatelet activity.  This means that it may act against heart attacks, strokes, and deep vein thrombosis by reducing the tendency of blood to clump together and form dangerous clots.

Research has shown that rutin may help perform a “preemptive strike” on blood clots by blocking an enzyme (disulfide isomerase) that can trigger thrombosis.  Incidentally, rutin also contributes to heart health by lowering blood pressure and reducing harmful LDL cholesterol while raising levels of beneficial HDL cholesterol.  In one study, people with diabetes and high blood pressure experienced lowered LDL cholesterol levels after being given 500 mg of rutin a day.

But wait, there is more!  Rutin even promotes intestinal health

Preliminary research has highlighted rutin’s exciting potential to promote gastrointestinal health.  In a review published in “Polyphenols in Human Health and Disease,” animal studies showed that pretreatment with rutin was effective in ameliorating colitis, promoting colonic healing, boosting levels of glutathione, and cutting oxidative stress while also inhibiting the expression of inflammatory markers such as interleukin, COX, and TNF-alpha.  And the benefits of rutin appear to include probiotic support as well.

In “New Look to Phytomedicine,” researchers noted that rutin helped increase populations of a beneficial gut bacteria known as Lactobacillus.  Calling for more study, the team noted that rutin could be a future treatment regimen for gastrointestinal disorders such as IBD.

By the way, rutin may also offer potential help for Alzheimer’s patients.  Many researchers believe rutin can promote healthy brain function and help protect against neurodegenerative diseases by reducing pro-inflammatory cytokines and increasing antioxidant enzyme activity.  In animal studies, rutin has improved memory deficits and inhibited acetylcholinesterase, an enzyme that breaks down acetylcholine, a neurotransmitter needed for memory and learning.

Fun fact: rutin was formerly called “vitamin P.” Why vitamin P?  Because this phrase was used as a sort of catch-all, umbrella term for “plant flavonoids.” (Scientists now know that flavonoids are not technically vitamins – but they are still highly beneficial!)

The good news is that “vitamin P” (or rutin, if you prefer the current terminology) is found in various appetizing fruits and vegetables.  While buckwheat is among the richer sources, rutin is also found in good supply in oranges, grapefruits, lemons, and limes – along with apricots, cherries, cranberries, figs, and apples.  (For maximum benefit, apples should be eaten unpeeled, as most of their rutin is in the skin.)  You can also obtain rutin in passionflower and elderberry teas, as well as in asparagus.

For a “rutin extravaganza” that boosts your intake to the next level, craft a hearty, flavorful salad by combining chopped apples, figs, roasted Brussels sprouts, kale, shallot, and dried cranberries, drizzled with Dijon mustard and balsamic vinegar.

Rutin is also available in supplementary form, with natural healers typically recommending amounts of 250 mg two to three times a day.  However, you should consult your integrative doctor before supplementing.  While rutin in food is not a health concern, concentrated supplementary doses have been shown to cause minor side effects such as flushing, nausea, and headache.

“Rutin” may not be a household word, but that doesn’t make it any less beneficial.  On the contrary, this under-recognized flavonoid has long worked “behind the scenes” to maximize health and well-being.  With researchers beginning to identify and showcase the benefits of rutin, you can expect to hear more about this plant compound in the future.

(NaturalHealth365)  If you need yet another reason to eat your veggies, here’s END_OF_DOCUMENT_TOKEN_TO_BE_REPLACED

(NaturalHealth365)  More than 4,500 published studies have created a powerful body of END_OF_DOCUMENT_TOKEN_TO_BE_REPLACED