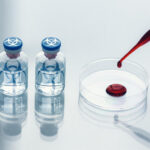 (NaturalHealth365)  Heart disease, cancer, COVID-19, accidents, stroke, chronic lower respiratory diseases, Alzheimer’s disease, diabetes, influenza and pneumonia, and kidney disease … these are the current top 10 causes of death in the United States, according to the U.S. Centers for Disease Control and Prevention (CDC).  It’s worth mentioning that, regarding the alleged third most common cause of death (COVID-19), it has been shown that many cases are being counted as “COVID deaths” simply if a person tests positive for COVID-19 at the time of their demise, and there hasn’t been a consistent distinction between dying “from” COVID-19 vs. dying “with” COVID-19.

In any case, some experts warn that the COVID shot itself will soon be one of the world’s leading killers.  So were these mRNA jabs indeed just a massive bioweapon assault on the planet?

Dr. David Martin: 700 million people will die because of COVID vax within the next six years

Greg Hunter of USA Watchdog recently posted an interview with Dr. David Martin, who, according to the U.S. Securities and Exchange Commission, is the founder, CEO, and Chairman of M-CAM International, an “intangible asset underwriter and analyst firm spanning work in innovation finance, trade, and intangible asset finance.” Running a company that is “committed to the ethical, transparent, and accountable alignment of capital and resources with innovation and creativity,” Dr. Martin has also been heavily involved in the growing collection of lawsuits brought forth against private medical companies and the U.S. federal government surrounding the questionable mass COVID vax agenda.

In the interview, Dr. Martin makes several jaw-dropping claims surrounding the COVID mRNA jabs, which he refers to as “bioweapons and bioterrorism.” For example, Dr. Martin says:

Warning that the COVID shot fallout is “going to get much worse,” Dr. Martin says that by Pharma’s and the government’s “own estimate,” about 700 million people globally will die from the COVID jabs by 2028, including 75 to 100 million Americans. “There are a lot of reasons why they hope it will be between now and 2028,” he continues, “because there is this tiny little glitch of the illiquidity of the Social Security, Medicare, and Medicaid programs.  So, the fewer recipients of Social Security, Medicare, and Medicaid, the better.  Not surprisingly, the recommendation was [that] people over the age of 65 were the first ones to get injected.”

Watch the video below in its entirety to hear more from Dr. Martin:

What is a bioweapon?

Let’s look at some definitions to help us make sense of this confusing information.  According to the World Health Organization (WHO), bioweapons or biological weapons “form a subset of a larger class of weapons sometimes referred to as unconventional weapons or weapons of mass destruction, which also includes chemical, nuclear, and radiological weapons.  The use of biological agents is a serious concern, and the risk of using these agents in a terrorist attack is thought to be increasing.” The WHO warns of potential serious public health effects due to biological agents, “whether [they are] characterized as a deliberate act or a naturally occurring event.”

Weapons of mass destruction indeed.  According to Bloomberg, the most recent estimate shows that more than 12.2 billion doses of COVID shots have been given around the world, including nearly 600 million doses in the U.S. alone.

(NaturalHealth365)  The telecommunications industry has rolled out 5G connectivity quite inconspicuously.  The END_OF_DOCUMENT_TOKEN_TO_BE_REPLACED