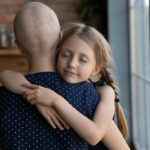 (NaturalHealth365)  About a year and a half after the first mRNA COVID shots were given in the United States, we are now seeing rising reports of young people experiencing blood clots, heart inflammation, sudden collapse, and other health problems.  Many experts have warned that the COVID shots themselves could be contributing to many of these issues, although more clarification and due diligence are needed to establish the possible connection.

We do know that public health officials have long admitted that these COVID shots come with both known and unknown health risks.  Could cancer now be considered one of those previously unknown risks?

Dr. Ryan Cole is a board-certified pathologist and the owner of Cole Diagnostics, a medical lab in Idaho.  Dr. Cole has become a loud voice in the bodily autonomy and health freedom movement, which has gained significant momentum thanks to the pandemic.  He has also come out publicly against vax mandates and expressed concerns that the mRNA COVID shots could cause life-altering health problems.

Among the evidence he uses to support his claims, Dr. Cole has previously cited a 2018 paper published in Nature Reviews Drug Discovery which discussed a “possible concern” with mRNA-based drugs, namely that “some mRNA-based vaccine platforms induce potent type I interferon responses, which have been associated not only with inflammation but also potentially with autoimmunity.”

“Thus,” the paper continues, “identification of individuals at an increased risk of autoimmune reactions before mRNA vaccination may allow reasonable precautions to be taken.”

Dr. Cole is also quoted by FactCheck.org as saying that animal trials with mRNA therapy have led to the development of “odd cancers” and “autoimmune diseases” among mammalian study subjects, up to a year following injections.

In his direct clinical experience, Dr. Cole says he’s seen a dramatic increase in the number of people coming into his practice with gynecological cancers, including a “20 times increase” in endometrial cancers compared to what he typically sees on an annual basis, according to a video made available by Health Freedom Idaho in August 2021.  It is his belief, based on his interpretation of the evidence that these rising cases of cancer and autoimmune problems are due to immune damage caused directly by the COVID-19 shots.

To listen to more of Dr. Cole’s perspective, watch the video below:

Should COVID shot recipients be concerned about their future health?

Dr. Cole has so far met with his fair share of fact-checking and counterclaims.  Mainstream sources, including Reuters, insist that there is no evidence supporting Dr. Cole’s assertions about the COVID shot/cancer link.  However, and lest we forget: absence of evidence does not necessarily mean evidence of absence … and don’t you think the burden of proof should be on the people who are coercing individuals to take these products?

Despite the overall confusion surrounding this contentious topic, one thing is clear:

These COVID shots do not stop transmission of SARS-CoV-2, and “breakthrough” cases (e.g., vax failures) are no longer rare, as the media first claimed.  With this in mind, people should remain free to choose (without coercion) whether the unknown risks of these shots are worth the questionable benefits.

(NaturalHealth365)  The telecommunications industry has rolled out 5G connectivity quite inconspicuously.  The END_OF_DOCUMENT_TOKEN_TO_BE_REPLACED