Pfizer violates its own COVID trial protocol to secure FDA “emergency use authorization” for children, according to researcher 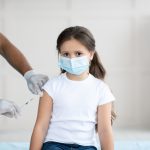 (NaturalHealth365) The speed of the COVID shot program is unprecedented.  Never before has the world seen such a rapid rollout and heavy promotion of an unapproved drug.  To date, millions of doses of the experimental injection have been administered, even though the full extent of jab-related health risks remains unknown.

As you know, even children as young as 12 are eligible to receive these experimental drugs thanks to Pfizer’s successful bid to earn Emergency Use Authorization (EUA) for this age group.  But one Israeli researcher and professor claims the drug company used questionable tactics to obtain the FDA’s green light.

Pfizer violated its own protocol in order to ensure its injection could be given to children as young as 12, Israeli researcher says

Dr. Yaffa Shir-Raz, Ph.D., is a researcher and fellow at the University of Haifa and Interdisciplinary Center Herzliya in Israel.  In a June 8 article published by America’s Frontline Doctors, Dr. Shir-Raz points out several glaring violations in Pfizer’s trial protocol.

Chief among them: Pfizer allowed children with pre-existing psychiatric conditions to be enrolled in the trial, even though this was listed as exclusion criteria in their documentation.

The consequence of this decision was profound: three children (out of 1,131) ended up requiring hospitalization for severe depression within 1 to 15 days following their injection.  All three children, Pfizer admitted, had pre-existing anxiety or depression.  Incidentally, all three started using a selective serotonin reuptake inhibitor (SSRI) one to two months prior to the study.

Unsurprisingly, Pfizer used this as an opportunity to shift the blame from their experimental drug to the new SSRI.  The problem, Dr. Shir-Raz says, is that worsening suicidal ideation that would necessitate hospitalization typically occurs within two weeks and not more than a month after starting SSRIs.  So, Pfizer’s claim that the SSRIs are to blame instead of its mRNA jab is “doubtful.”

Plus, Dr. Shir-Raz adds, Pfizer violated its own protocol by allowing these children to be in the trial in the first place.

“The consequence of this finding is extremely worrying,” Dr. Shir-Raz concludes, “as it means that one in every 350-400 children who are [injected] might suffer from severe depression and need hospitalization.”

Manipulative tactics by Pfizer raise serious ethical questions about Big Pharma and the FDA – will we see accountability?

Dr. Shir-Raz points out additional questionable tactics from Pfizer regarding their kid trial.

First, the trial had only a six-month follow-up in its entirety – significantly less than the recommended one to four years of follow-up per the FDA.

Finally, Pfizer investigators were permitted to define the adverse events for themselves (“As elicited by investigative site staff”), rather than relying on any diagnosis provided by medical professionals at a hospital.

Like countless other pharmaceutical companies, Pfizer has already had to pay billions in settlements for medical injuries and other matters; the company famously paid the largest fine ever ($2.3 billion) for a fraud lawsuit filed by the Department of Justice over illegal marketing claims.

But Dr. Shir-Raz does not limit her criticism to Pfizer; she also says her analysis raises questions for the FDA, too.  Why did the FDA permit Pfizer to include only one month of data for its safety analysis?  She asks.  Why was the FDA so quick to approve the EUA for kids?

And why did the FDA – which today receives at least 45% of its funding from the very drug companies it regulates – even approve the study protocol in the first place?

(NaturalHealth365)  The Wall Street Journal (WSJ), an organization that reports the news, END_OF_DOCUMENT_TOKEN_TO_BE_REPLACED