Preserve your muscle mass by consuming THIS vitamin 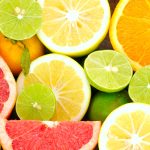 (NaturalHealth365)  Vitamin C, also known as ascorbic acid, is so essential for protecting and enhancing immune function that it is often referred to as “the muscle of the immune system.”  However, new research published in The Journal of Nutrition shows that it may also help people over 50 retain muscle mass.

For the graying population of the United States, this could be welcome news indeed.  Experts say that people over age 50 lose up to one percent of their skeletal muscle each year, potentially leading to age-related loss of muscle mass and muscle wasting.  While natural healers have long lauded vitamin C for its antioxidant, anti-inflammatory, and immune system-boosting properties, the study is among the first to investigate the importance of dietary vitamin C intake for older people.  So let’s take a look.

The study, which involved more than 13,000 middle- and older-aged participants between the age of 42 and 82, examined whether people eating more vitamin C had more muscle mass than other people.  Maintaining muscle mass is increasingly important as we grow older – as age-related muscle wasting (known as sarcopenia) is associated with physical disability, frailty, increased likelihood of falling, type 2 diabetes, and increased mortality.

Researchers at the University of East Anglia analyzed data from the EPIC (European Prospective Investigation into Cancer and Nutrition) study, using information from a seven-day food diary to analyze dietary intake, along with bioelectrical impedance analysis to analyze muscle mass.  Incidentally, the team classified blood levels under 50 umol/L (micromoles per liter) of vitamin C as “insufficient,” with levels of 50 or above categorized as “sufficient.”

The scientists found that people with the highest amount of vitamin C in their diets or blood had the greatest estimated skeletal muscle mass (compared to those with the lowest amounts), leading the team to conclude that vitamin C may be “useful for reducing age-related muscle loss.”

Scientists know that harmful free radicals can contribute to the destruction of muscle and speed age-related decline.  But this is where vitamin C can come to the rescue.  Study leader Professor Alisa Welch, a researcher at UAE’s Norwich Medical School, noted, “As people age, they lose skeletal muscle mass and strength.  Vitamin C helps defend the cells and tissues …. from potentially harmful free radical substances.”

Because the body does not produce vitamin C, it must be obtained through diet.  (Hence, its designation as an essential vitamin.)  While severe deficiencies are rare in developed nations, it’s not uncommon for people to have low or “insufficient” levels of vitamin C.  For example, the researchers found that nearly 60 percent of the men and 50 percent of the women in the study fell short in consuming the Recommended Daily Allowance for vitamin C, which is advised by medical authorities as 75 to 90 mg a day for adults. (Smokers are advised to consume an extra 35 mg a day).

The team pointed out that vitamin C is easily available in fruits and vegetables – as well as in supplementary form – and called improving intake “relatively straightforward.”

When it comes to preserving health, vitamin C juggles many tasks. For example, this important micronutrient is needed for the production of collagen, which promotes healthy skin and keeps arteries flexible and supple, thereby helping to prevent narrowing of the arteries and the development of atherosclerosis.  And, vitamin C is not only a powerful antioxidant in its own right but helps to regenerate other essential antioxidants in the body, including vitamin E and the “master antioxidant” glutathione.

Research shows that vitamin C helps to limits the formation of carcinogens – such as nitrosamines – in the body.  And, as the study shows, it helps prevent oxidative damage that may trigger the development of cancer and heart disease.

It pays to stay “topped up” on vitamin C.  Epidemiological studies have suggested that high intakes of vitamin C-rich fruits and vegetables are associated with a reduced risk of many well-known (unwanted) health conditions.  And a review published in Annals of Nutrition and Metabolism showed that having healthy levels of vitamin C can reduce symptoms and shorten the duration of respiratory tract issues.

You can increase dietary intake of vitamin C by eating healthy amounts of citrus fruits, kiwifruits, strawberries, and broccoli.  (Sweet red peppers – at 120 mg of vitamin C per cup – are the official “high-ringers”).  Other good sources are raspberries, cantaloupe, Brussels sprouts, and even baked potatoes.  For maximum benefit, seek out organic fare whenever possible.

Many natural health experts reject the recommendation of the National Institutes of Health (75 to 90 mg a day for adults) as far too low.  Natural healers and integrative doctors typically recommend vitamin C supplementation at levels of up to 1,000 to 3,000 mg a day.  And, in some cases, it may even be more – depending on your health status.

However, check first with your trusted health practitioner before adding vitamin C to your health routine.

Experts often advise a liposomal vitamin C formulation – which is better for cellular absorption and can help to avoid the uncomfortable digestive side effects associated with higher amounts in powder or tablet form.  Another important point: always look for a high-quality formulation free of fillers, additives, added sugars, and gluten.

As the saying goes, “Getting old ain’t for wimps.”  But, it’s good to know that vitamin C appears to be an effective, convenient, and safe substance for preserving all-important muscle mass, as we age.