Defeat depression with these 10 natural interventions 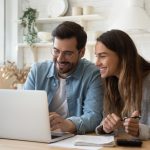 (NaturalHealth365) If you struggle with depression, you have plenty of company. According to the Anxiety and Depression Association of America, over 40 million Americans currently suffer from the condition.  In fact, depression is so widespread that experts predict that about half of the population will experience at least one episode of depression in their lives.  Clearly, there is a need for effective natural interventions for depression.

Fortunately, recent research supports the ability of simple lifestyle changes and natural nutrients and supplements to complement conventional antidepressant therapy.  For ten of the most effective natural techniques against depression, keep reading.

Health ALERT: Discover the complex web of interwoven factors that contribute to depression

No doubt, the causes of depression are complex.  Experts say that genetics, hormonal imbalances, oxidative stress, chronic inflammation, poor nutrition, alcohol abuse and drug addiction can all be factors.

In addition, underlying health conditions – such as diabetes, heart disease and cancer – can exacerbate depression.

Depression is characterized by persistent feelings of sadness or emptiness, coupled with a loss of interest in everyday activities. Other symptoms can include anxiety, fatigue, difficulty concentrating, memory problems, changes in weight and trouble sleeping.

Although doctors may prescribe pharmaceutical drugs (such as selective serotonin reuptake inhibitors like Zoloft and Prozac) to treat depression, SSRIs can feature toxic side effects and lead to suicidal thoughts.

Finally, SSRIs are not effective for everybody.  In fact, some experts estimate their success rate at a mediocre 50 percent or less!  So, with no further ado, let’s get to the 10 best natural interventions for depression.

Omega-3 fatty acids have shown the ability to help reduce chronic inflammation, which contributes to with depression.

In one study involving children with depression and published in American Journal of Psychiatry, impressed researchers concluded that supplementation with omega-3 fatty acids caused “highly significant” effects on symptom scores.

Keep in mind, scientific language of trained researchers, deeming results “highly significant” amounts to an enthusiastic endorsement!  And, a recent scientific review of studies concluded that omega-3’s were effective in treating depressed adults as well.

While you can boost dietary intake with flax seeds, nuts, and cold-water fatty fish like salmon and sardines, supplementation may be needed for maximum mood-lifting benefit.  Natural health experts typically suggest taking about 1,000 mg a day of omega-3-rich fish oil.

Essential B vitamins are important cofactors for the production of “chemical messengers” known as neurotransmitters.  One of these, serotonin, is essential for stable mood and restful sleep.

Deficiencies in these vitamins can disrupt the process, leading to mood disorders and impaired cognition.

Specifically, low levels of folate (also known as vitamin B9) are closely linked with depression – so it’s no surprise that supplementation with folic acid, a synthetic form of folate, can promote the therapeutic effect of antidepressants.

In a study published in Journal of Affective Disorders, patients receiving a combination of 500 micrograms of folic acid a day and the antidepressant Prozac experienced more relief of depressive symptoms – when compared with those who received the medication alone.

Other B vitamins play an important role in psychological health as well.

Deficiencies in Vitamin B12 can cause serious psychiatric disorders – which can be reversed with supplementation.  And, supplementation with vitamin B6 – essential for serotonin synthesis – has been shown to markedly improve mood.

You can “mellow out” with melatonin

Melatonin, also known as the “sleep hormone,” is essential for regulating circadian rhythms. It also seems to play a role in lifting mood.

Research has highlighted melatonin as one of the most effective natural interventions for depression.

A controlled study of perimenopausal and postmenopausal women showed that taking melatonin nightly for six months led to significant improvement in depressive symptoms. In a separate study published in Clinical Psychopharmacology, 33 participants suffering from both major depression and sleep disorders took melatonin for four weeks – and also experienced improvement.

Studies have used melatonin amounts between 3 and 6 mg, taken at bedtime.

“Charge up” your Coenzyme Q10 levels to help protect against depression

Deficiencies in CoQ10, a vitamin-like nutrient produced in the body, have been linked with depression.

A powerful antioxidant, CoQ10 helps to neutralize the harmful reactive oxygen species that cause oxidative stress.  As oxidative stress is believed to trigger depression and neurodegenerative conditions, having sufficient levels of CoQ10  may help protect against them.

CoQ10 is found in grass-fed beef, poultry, sardines and nuts. A natural health practitioner might recommend between 100 to 200 mg. per day.

Vitamin D: The “sunshine vitamin” may brighten up your mood

Vitamin D, which is produced in the skin in response to sunlight, plays an important role in mood.  Unfortunately, shortfalls of this anti-inflammatory, antioxidant nutrient are quite common in the United States. And, deficiencies are linked with seasonal depression.

In a Norwegian study published in Journal of Internal Medicine, high-amount supplementation with vitamin D3 was shown to improve symptoms of depression in obese and overweight participants.

While individual needs vary according to age, weight, state of health and even local climate conditions, integrative doctors may suggest 1,000 to 8,000 IU of vitamin D3 per day, along with zinc, boron and magnesium.

Guard against depression with DHEA

DHEA, a hormone with the tongue-twisting name of dehydroepiandrosterone, regulates serotonin levels in the brain.  In one controlled double-blind study published in Archives of General Psychiatry, researchers evaluated the effects of DHEA as a stand-alone therapy for both mild and severe depression.

Participants were divided into three groups, with one group receiving dosages of 90 mg a day, a second group being given 450 mg, and the third given a placebo.  The results were impressive.

After three weeks, the team found that both DHEA groups experienced significant improvement in symptoms of depression when compared to the placebo group.

Curcumin, the active ingredient in the medicinal spice turmeric, has been studied extensively for its potent antioxidant, analgesic and anti-inflammatory effects –and for its ability to lift mood and enhance cognitive function.

In one clinical study involving individuals with new-onset depression, a 500-mg daily amount of curcumin was combined with an antidepressant. The researchers found that combining curcumin with medication brought about improvement more quickly than the medication alone.

Saffron, a common flavoring and coloring ingredient in Indian cuisine, contains a pair of powerful antioxidant carotenoids, crocin and safranal.  Research has shown that saffron extracts work against depression in various ways, from fighting inflammation to neutralizing oxidative stress and protecting serotonin in the brain synapses.

In one intriguing study, 30 mg per day of saffron extract a day was as effective for mild-to-moderate depression as Prozac (fluoxetine).

A 2010 clinical trial showed that the technique effectively relieved depression in patients with COPD. In another study, CBT was found to be superior to drug therapy in several aspects.

For a natural mood lift: Get physical

Research suggests that exercise – particularly weight training and aerobic activities such as dancing, swimming, running and walking – can be highly beneficial when used in conjunction with medication to treat depression.

In one recent study involving adults with major depression, physical exercise went head-to-head with Zoloft, one of the primary “go-to” SSRIs in mainstream medicine.  The researchers concluded: four months of exercise worked about as well to relieve depression as the antidepressant.

In addition, evidence supports the ability of exercise to prevent recurrent of depressive episodes.

The truth is: the appropriate techniques, nutrients and supplements can go a long way towards brightening mood and easing depression and anxiety. As always, however, consult your trusted integrative doctor before trying any of these natural interventions for depression.

(NaturalHealth365)  I’ll begin this article by stating the obvious: I am not END_OF_DOCUMENT_TOKEN_TO_BE_REPLACED