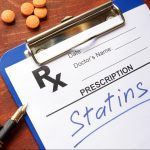 (NaturalHealth365)  Statin use is at an all-time high in the United States, as doctors continue to prescribe these medications to prevent heart disease.  But, are you fully aware of the side effects of Lipitor and other statin drugs?

According to the Centers for Disease Control and Prevention (CDC), “slightly more than half of U.S. adults (54.5%, or 47 million) who could benefit from cholesterol medicine are currently taking it.”  But unfortunately, many patients blindly accept the recommendations of the American Heart Association (AHA) and their doctors, filling prescriptions for statin medications without examining their side effects.

Read carefully: The side effects of Lipitor can be life-threatening

One of the most commonly prescribed cholesterol-lowering drugs – Lipitor – came under fire many years ago for its potential risks.  Yet, millions of Americans continue taking the drug without being informed about the potentially dangerous side effects.  The drug is supposed to work by blocking an enzyme in the liver to help reduce cholesterol production.  According to the Food and Drug Administration (FDA), this medication has a history of inducing higher blood sugar in some individuals.  The bottom line, over time, statin drugs can significantly increase the risk of type-2 diabetes.

The side effects of Lipitor and other cholesterol-lowering drugs are too many to name, especially considering some complications of these drugs may go unreported, undiagnosed, or even purposefully left off warning labels.  After all, it was not until 2012 that taking Lipitor became one of the risk factors for diabetes, despite countless patients and many studies suggesting the drug could raise blood sugar and cause type 2 diabetes.  But, be warned, some other side effects of Lipitor include abdominal pain, digestive health issues, joint pain, memory loss, and liver problems.

In addition to these side effects, Lipitor is known to deplete the body of CoQ10, a naturally occurring enzyme in the body.  CoQ10 is essential for cellular health and has been shown to play an important role in heart health.  People with diabetes, heart disease, cancer, and other serious illnesses tend to have lower levels of CoQ10 than others.  Cholesterol-lowering drugs drain the body of CoQ10, enhancing the drugs’ side effects and making the heart less resistant to problems.

What are the legal repercussions for Pfizer?

Though taking Lipitor was named one of the risk factors for diabetes, that warning came too late for many people who developed the disease since the drug was approved in 1996.  Over the years, multiple lawsuits were filed against the drug maker for hiding the dangers of Lipitor for so long.  However, it is just one example of a growing trend of lawsuits against drug manufacturers engaged in fraudulent research and falsely marketed their drugs as ‘safe.’

The FDA’s answer to Lipitor’s dangerous side effects is a warning label, while most doctors are satisfied with simply monitoring a patient’s blood sugar over time.  So, dare I ask – isn’t this playing with fire?

Diabetes is a serious disease that can drastically reduce a person’s quality of life and lead to serious complications, such as blindness and loss of limbs.  Instead of accepting your doctor’s one-size-fits-all statin drug prescription, do your research and consider finding a natural solution to your health problems.

(NaturalHealth365)  Ever wondered why the relentless push to get every man, woman END_OF_DOCUMENT_TOKEN_TO_BE_REPLACED

(NaturalHealth365) “Please maintain six feet of space between you and others.” We’ve END_OF_DOCUMENT_TOKEN_TO_BE_REPLACED