Bad sleep has SERIOUS consequences: Discover what happens to your brain in just ONE night 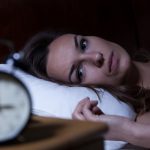 (NaturalHealth365) Sleep benefits every aspect of your health. So, the fact that 1 in 3 adults don’t get enough of it, according to the U.S. Centers for Disease Control and Prevention (CDC) is alarming. Is it possible that the toxic effects of poor sleep are contributing to the increased rates of chronic illness, including Alzheimer’s disease?

A study published in the peer-reviewed Proceedings of the National Academy of Sciences offers data to support this hypothesis.

The 2018 study, which was cited on the website of the National Institutes of Health (NIH), found that even just ONE night of sleep deprivation increases the amount of a compound in the brain called beta-amyloid.

Beta-amyloid (alternatively, β-amyloid) is a protein and metabolic by-product. It’s also believed to be neurotoxic.  When it accumulates in the brain it can form “plaques” that impair the ability of nerve cells to communicate. Doctors believe beta-amyloid plaque build-up – which your brain normally “cleans up” at night as you sleep – is a potential risk factor for Alzheimer’s dementia, at least in some individuals.

Although, it’s worth noting, there are many other factors that increase your risk of dementia such as, genetic tendencies, dietary habits, environmental toxins and emotional wellbeing.

For their study, researchers took 20 healthy participants through two different scenarios: a full night’s sleep and a disrupted night of sleep. Brain scan images were taken of the participants after each condition.

Shockingly, the researchers found that when the subjects were sleep-deprived, they had about 5 percent more beta-amyloid in their brains, particularly in two areas (the hippocampus and thalamus) known to be damaged in Alzheimer’s. Increased beta-amyloid build-up was also associated with worse mood.

As we’ve explored before, it’s not just an increased risk of Alzheimer’s disease that poor sleep has been implicated in. A 2017 paper published in Nature and Science of Sleep notes that long-term consequences of sleep deprivation – even in otherwise healthy adults – include an increased risk of cardiovascular disease, weight gain, metabolic syndrome, type 2 diabetes, high cholesterol, hypertension, and colorectal cancer.

In addition, short-term effects of sleep deprivation include impaired memory and mood, heightened stress and pain, and impairments in physical and academic performance. It’s as if our bodies (and brains) really wants us to understand how crucial good sleep is!

Lying awake at night? Here are 3 things you should not do:

It’s stressful not to be able to fall asleep. Of course, feeling stressed about sleep can make it even harder to get your all-important shut-eye! The question is, what should you do on those sleepless nights?

The next time you’re tossing and turning, avoid these 3 common mistakes:

Naturally, it’s always a great idea to find something relaxing to do – just before you go to bed.  Other suggestions, that you may find helpful, include: sitting outside and gazing at the moon or sky; deep breathing exercises or taking a hot bath.

Simply put, the time you spend – dedicated to “unwinding” – away from electronic devices will be worth the effort.  Have a good night!

(NaturalHealth365)  Horsetail – a tall, shaggy weed that grows in wetlands and END_OF_DOCUMENT_TOKEN_TO_BE_REPLACED

(NaturalHealth365)  While many people think of the number 13 as particularly unlucky, END_OF_DOCUMENT_TOKEN_TO_BE_REPLACED

(NaturalHealth365)  When a person is identified as having “deep pockets,” the connotation END_OF_DOCUMENT_TOKEN_TO_BE_REPLACED