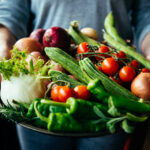 (NaturalHealth365)  The organic versus conventional farming “debate” has been going on for years.  While many touted the benefits of organic, some so-called experts claim that organic farming has no added value to the consumer.  But, now those arguments against organic are finally being put to rest.

Organic farming offers many benefits to ecosystems and people

In the report, researchers published some surprising results:

Other studies and reports, including the Farming Systems Trial (FST), have had similar findings, but this is one of the largest and longest studies, and the results are hard to argue against.

Rodale Institute’s Farming Systems Trial was launched in 1981 to address the adoption barriers of organic farming by farmers.  It contains 72 experimental plots that are divided into three groups.  Each group is managed using a specific approach to farming:

Within the three groups, some are tilled, and some are not.  This provides a total of six different systems for study.

Which soil do you want your food to grow in?

The soil for the conventional system is laden with pesticides and chemicals used to control weeds and enhance crops.  However, those substances can seep into the food and are ingested by animals and humans.  Animals that consume the contaminated food are often animals like beef and dairy cattle.

The soil used for organic systems is a completely different story.  It is a healthy soil that has a number of beneficial organisms like nematodes, algae, bacteria, protozoa, fungi, and more.  Each of these contributes to soil health as well as plant health, yielding better quality food for humans and animals.  This results in better quality, healthier beef and dairy.  Healthy soil also holds water making it more effective in aiding plants in surviving a drought.

The best way to support organic farming is to buy organic.  The more people purchase organic products, the more demand they will create.  Shopping locally also minimizes the processes between farm and table, where imported produce is often stored in a warehouse for months, and some are chemically ripened when preparing for sale.

Look for the USDA Organic Seal wherever you purchase your food, and make it a point to buy local and organic when you can.  It is healthier for you, and you can support the local economy by supporting local growers and farmers in your area.

(NaturalHealth365)  Research over the past decade has shown, without a doubt, that END_OF_DOCUMENT_TOKEN_TO_BE_REPLACED