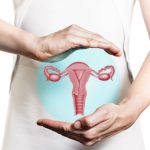 (NaturalHealth365)  The very moment the experimental COVID-19 injections got rolled out, mainstream media began programming the population to buy into the idea that the only way to protect ourselves from the dangerous pathogen – the existence of which has never been proven – was by taking the jab.  We have heard over and over again that the shots were “safe and effective.”

The programming was quite successful in that a large percentage of the American population rolled up their sleeves without questioning the legitimacy of such claims.  Millions took the shot, not once, not twice but many three times.  Despite reports of growing numbers of severe adverse events, the Centers for Disease Control and Prevention (CDC) and the US Food and Drug Administration (FDA) continually parroted the narrative that, indeed, the jabs were completely safe, and there was nothing to worry about.

But recently released data from the UK certainly raises questions about the alleged safety of the mRNA injections.

Ovarian cancer rates on the rise in the UK, according to official government data

On an official government website dedicated to tracking the broader impact of COVID-19 on the health care system, Public Health of Scotland provides invaluable insight into cancer trends, along with the rates of many other diseases.  The data show that while overall cancer rates in 2021 were in line with 2019 figures, the averages were consistently above 2020 cancer rates.

Although it is too early to conclude definitively that the COVID-19 shots are to blame for the increase in rates of ovarian cancer, more evidence is coming out every day suggesting that the jab does indeed affect the female reproductive organs – more on that below.

Also, let’s not forget about the tens of thousands of women who reported changes in their menstrual cycles and the development of various menstrual disorders through the CDC’s Vaccine Adverse Event Reporting System (VAERS) after taking the jab.

Throughout the entire process of the COVID-19 jab rollout, the lack of transparency has been blatantly obvious.  The formula appears to be quite simple:

Do you think it is reasonable to take 75 years to release documents of “paramount public importance?”  Of course not.  And thankfully, a Texas judge did not think so either.  Despite the FDA’s best effort to slow-walk the 300,000 pages of confidential Pfizer-BioNTech COVID-19 injection review documents – requested through the Freedom Of Information Act (FOIA) – thousands of pages have already been released.

Data in the latest batch of documents confirm that the Pfizer jab harms women’s reproductive organs by accumulating in the ovaries over time.  In the study revealing the information, scientists injected 21 female and 21 male rats with a single dose of COVID-19 jab to measure how much of the vax spreads to different organs, such as the liver, spleen, heart, skin, and others.

Regarding the ovaries, researchers found that the injection does indeed accumulate in the organ over time.  The accumulation was checked at pre-defined intervals, 15 minutes, 1 hour, 2 hours, 4 hours, 8 hours, 24 hours, and 48 hours after injection.  One of the most disturbing findings was that the content of the injection rapidly spread to the ovaries in female rats.  At the 15 minute point, the ovaries contained relatively small amounts, with concentrations increasing over the 48-hour study period.

The same study also confirmed that the Pfizer mRNA injection does not stay in the injection site despite early claims from Big Pharma-funded fact-checkers.

Researchers found that over 48 hours, the jab content distributed from the injection site to most tissues.  But while the majority of organs showed lower concentration levels, the ovaries, spleen, liver, and adrenal glands were affected the most.

The above findings are highly concerning.  What happens past the 48-hour mark?  At this point, we simply don’t know.  And without additional studies, we can only speculate the extent of harm inflicted by these injections on women’s fertility.

(NaturalHealth365)  The telecommunications industry has rolled out 5G connectivity quite inconspicuously.  The END_OF_DOCUMENT_TOKEN_TO_BE_REPLACED