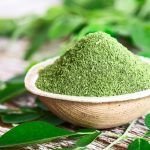 (NaturalHealth365)  The moringa tree, which is native to India but now thrives in many tropical and subtropical climates, is variously known as the drumstick tree, the ben oil tree, and even the horseradish tree.  But its most intriguing nickname just might be the “miracle tree.”

Moringa leaves have been employed for centuries in Ayurvedic and folk medicine as a remedy to help those suffering from anxious thoughts, sadness, blood sugar, and liver problems.  A new scientific review published in Phytomedicine credits moringa powder and extracts with therapeutic characteristics and “great protective effect” against environmental toxins.  Researchers also found that moringa helps maintain normal blood sugar levels and supports the nervous system.

Let’s take a closer look at some of the health-promoting benefits of moringa powder – and see why some call this beneficial plant a “miracle tree.”

Botanically known as Moringa oleifera, moringa is classified as an adaptogen (a substance that helps the body adjust to stress).  As with other adaptogens, moringa is packed with antioxidant compounds that can help reduce harmful oxidative damage.  For example, moringa leaves are rich in vitamin C, or ascorbic acid – a powerful antioxidant in its own right – and beta-carotene, which is converted to antioxidant vitamin A in the body.  They also contain the antioxidant flavonoid quercetin and chlorogenic acid (a beneficial compound also found in coffee and apples).

In one controlled study published in the Journal of Food Science and Technology, scientists decided to explore the effect of moringa extract on antioxidant status in postmenopausal women.  (This is relevant because the antioxidant system “takes a hit” during menopause due to the loss of estrogen, which has antioxidant properties).  The results were compelling.  The scientists reported that moringa caused significant increases in levels of important health-supporting antioxidants such as glutathione, superoxide dismutase, and ascorbic acid – along with lowered levels of a toxic molecule known as malondialdehyde.

Early research has suggested that moringa powder supports healthy blood sugar levels.  In one animal study, moringa extract lowered the risk of scientifically induced diabetes through four different mechanisms – with scientists reporting that it enhanced the metabolism of fats, stimulated the release of insulin, promoted glucose uptake, and increased glycogen synthesis.  Although more studies on humans are needed, some research has shown promising results.

In one study, taking 7 grams of moringa powder a day (along with 9 grams of amaranth powder) for three months reduced fasting blood sugar levels by an average of 13.5 percent.  And, one very small study involving patients with diabetes showed that adding 50 grams of fresh moringa leaves (about two cups) to a meal reduced after-meal blood sugar increases by 21 percent.  Reducing blood sugar “spikes” can help prevent mood swings and food cravings – and may help ward off the development of type 2 diabetes.

Researchers credited moringa extract with significant positive effects on mood in an animal study published in the Journal of Ayurvedic and Integrative Medicine.  (Of course, the potential of moringa to ease anxious thoughts and brighten mood would probably come as no surprise to Ayurvedic practitioners, who for centuries have advised moringa leaves for those purposes.)  And – unlike the herb known as St John’s Wort – moringa doesn’t appear to interact negatively with prescription antidepressant medications.

In fact, the researchers reported that the best results were achieved through an “additive” effect – and occurred when moringa was given together with fluoxetine (Prozac), a common SSRI antidepressant.  The scientists believed the effect was due to reductions in oxidative stress in the central nervous system, accompanied by an impact on the serotonergic neurotransmission pathways.  Of course, it doesn’t hurt that moringa contains healthy amounts of magnesium and tryptophan, both of which may help promote a stable, positive mood.

Finally, the review authors noted that moringa might help protect against neurodegenerative disorders by reducing DNA damage and inhibiting an enzyme called caspase-3.  This has led to hopes that moringa could help support clear thinking and sharp memory (we could probably all use a little of that, to be honest!) and potentially slow age-related cognitive decline.

Other potential benefits of moringa powder include the ability to maintain healthy cholesterol levels and blood pressure, support normal liver function and nourish skin and hair.

Support your health with fresh or dried moringa leaves

Fresh moringa leaves are considered a “super green,” rich in plant-based protein, fiber, B vitamins, vitamin C, vitamin A, and magnesium.  You can nibble the fresh leaves, or add them to salads and sandwiches.

Moringa is also available in supplementary form as a powder.  Look for a high-quality product from a reputable vendor, then simply sprinkle it into smoothies, add to herbal teas, or even incorporate it in recipes.  Natural healers typically advise amounts of one to ten teaspoons of moringa powder a day – but check first with your integrative doctor before supplementing.

While studies on the benefits of moringa powder are ongoing, research suggests that this antioxidant-rich nutrient could be a true gift to health.  So maybe it’s time to consider giving the “miracle tree” leaves a try.