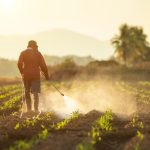 (NaturalHealth365)  Do you ever wonder what is in your food?  Most people blindly believe that if you buy from a “good company” like Whole Foods Market, Target, and Hy-Vee, you are getting quality foods safe for you and your family.

Apparently, that isn’t the case and companies like Quaker Oats, those that make wheat bread, are some of the worst.  The scariest part is that the FDA knows about most foods with higher than expected glyphosate levels and still considers them safe.  Even non-GMO products have shown significant levels of weedkillers.

Most widely used weedkiller in U.S. linked to causing cancer in humans

According to the National Pesticide Information Center, glyphosate is an herbicide used to kill broadleaf plants and grasses.  Glyphosate is one of the most commonly used weedkillers in the U.S. and has been used since the 1970s.  Roundup, the brand name of a broad-spectrum glyphosate-based herbicide initially made by Monsanto, has been linked to causing cancer in humans.

Bayer/Monsanto, the maker of Roundup, has paid millions in damages to people who have used the weedkiller and consequently have been diagnosed with non-Hodgkin’s lymphoma or other types of cancer.  We are told it is natural and safe for small traces of pesticides and weedkillers to be found in agricultural products.  But is that really so?  And why is a known carcinogen being sprayed on our crops, anyway?  And how much is too much?

Glyphosate can be found in foods as well as baby items like diapers.  When used as a weedkiller, it can be found on grains and any other mass-produced farm crop.  It can also be found in vegetables and fruits grown in your own gardens if you choose to use Roundup or other types of chemicals.  If you live next to a large farming operation, you also run the risk of contamination through run-off from the farmer’s acreage to yours.

It is mind-boggling to imagine that the chemical is used on over 70 different crops.  Some examples of contaminated foods are rice, almonds, grapes, garbanzo beans, and sunflowers.

How much glyphosate is too much? The answer may surprise you

Comprehensive studies have already shown the link between developmental and reproductive issues in both female and male rats.  DNA damage and alterations in how genes function have also been found in many peer-reviewed studies.  Levels deemed safe by the EPA’s standard could be reduced by at least 100 times and still be too high to be considered safe.

Samples were taken from hundreds of foods sold by some of the most popular retailers, including Walmart, Target, Whole Foods Market, and many others.  A variety of essential foods like grains, beans, and even protein shakes were tested.

Thanks to the vast number and wide array of foods included, this was the most comprehensive glyphosate testing ever conducted in the U.S.  What did the researchers find?  Shockingly, both Walmart and Whole Foods Market sold foods that tested abnormally high, including non-GMO foods.

What can you do to reduce your exposure to toxic chemicals in your food?

Be as vigilant as possible when it comes to reading labels.  It’s also a good idea to go with brand names that you know and trust when it comes to buying organic or at least weedkiller-free foods.  Avoid shopping at grocery stores that are known to follow their own rules when it comes to foods that contain contaminants and other hazardous chemicals.  Follow the research performed by groups outside of the FDA or the toxic chemical companies.  You may be surprised at what you learn.

Take a close look at your shopping habits.  Do you find yourself buying the same foods week over week?  Most of us do, which is why doing your research about the brands you buy is critical.  You may be shocked to find out that some of your favorite products contain toxic chemicals that could alter your DNA and even harm your reproductive health.

What you put into your body every day will have a long-term effect on your health.  It is undoubtedly clear that we cannot count on government authorities to protect us.  Instead, protect your health by becoming informed and purchasing most of your foods from organic, non-GMO sources.

And, above all, try to avoid consuming non-organic wheat, corn and soy products – which are loaded with unwanted toxins like, glyphosate.