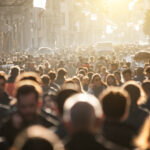 (NaturalHealth365)  The United States recently surpassed the population benchmark of 330 million.  Unfortunately, more than one million of our fellow patriots passed away suddenly after receiving the COVID shot.  And this figure is straight from the pens of the public relations specialists at the CDC.

The not-so-secret CDC report reveals more than 1.1 million hardworking Americans died suddenly after the rollout of the COVID shot.  The report is confirmed by a separate government report that proves the COVID vax is the cause of the sudden deaths.  These reports are incredibly tragic, especially considering the alleged purpose of the COVID vax was to decrease the rapid spike of deaths instead of catalyzing those unfortunate events.

Excess deaths skyrocketed ever since the U.S. Government coerced millions of Americans into getting an experimental gene therapy

Take a close look at the reports referenced above, and you’ll find the CDC sheepishly admits more than six million United States citizens have passed away after the United States Food and Drug Administration (FDA) provided emergency authorization for the use of the COVID vax in the final month of 2020.  Yet, shockingly, the country set a record for deaths since.

Death rates are highest among the COVID vaxxed

Continue to dissect the numbers provided by the CDC, and you’ll find even more startling truths.  The federal government’s figures reveal mortality rates per 100,000 individuals are the highest among the vaxxed population across every single age cohort.

It is clear that the clot shot is a large part of the reason for the hike in sudden deaths, if not the sole reason. 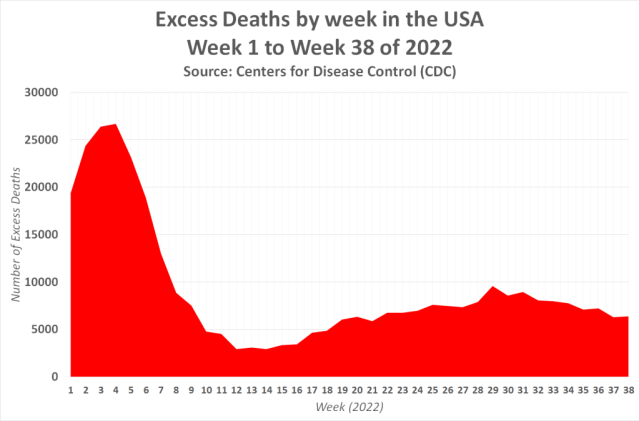 The United States has tallied a considerable number of excess and unnecessary deaths throughout the entire year, coming to a close.  More than 100,000 individuals passed away in ’21 after the distribution of COVID injections than in the previous year before the federal government promoted the clot shot.

It is no secret that the immune system weakens in late adulthood.  However, it is interesting to note that baby boomers are especially vulnerable to the shot.  In contrast, those in the relatively young age ranges of 18-39 and 60-69 who are part and double-vaxxed are more likely to pass away than the unvaxxed since the beginning of the year.

In addition, individuals in the aforementioned age ranges who have been triple-vaxxed are also more likely to pass away than the unvaxxed.

Making the federal government’s push for mandatory clot shots even more demonic is the fact that partly vaxxed individuals in their 80s were nearly 700% more likely to pass away than unvaxxed octogenarians.  Some people reading this information might wonder, ‘why do we bother to publish this news?’

Our answer is simple: most people are making the decision to accept these mRNA Covid shots without informed consent.  And, to make matter worse, those same people are never encouraged to boost immune function by way of lifestyle changes (i.e. how to get better quality sleep) and consume more immune enhancing nutrients.

Let’s not forget, a healthy immune system is our best defense against any illness.

(NaturalHealth365)  The Wall Street Journal (WSJ), an organization that reports the news, END_OF_DOCUMENT_TOKEN_TO_BE_REPLACED