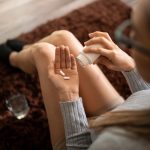 (NaturalHealth365)  Pain pills are narcotics, which are meant to provide relief from pain, but also provide a feeling of euphoria that some would suggest rivals being on heroin.  Now I know that might sound a bit shocking – but the horrific side effects associated with the long-term use of these drugs are not up for debate.

In reality, pain medication is a legalized form of dope – which is needed in higher, and higher, dosages as the patient’s tolerance builds up.  In addition, these drugs cost taxpayers a small fortune – in insurance premiums – for those that can afford it.  Not to mention the countless lives lost to these highly toxic substances.

Between 1999 and 2010, sales of opioid analgesics medications such as Vicodin, Percocet, and OxyContin quadrupled.  By 2010, the United States – with about five percent of the world’s population – consumed 99% of the world’s hydrocodone (the narcotic in Vicodin), along with 80% of the oxycodone in Percocet and Oxycontin.  These numbers are truly staggering.

As narcotics prescriptions surged, so did the number of people losing their lives.  On the other end, those who didn’t succumb were less likely to recover brain function and less likely to go back to meaningful employment.  The negative side effects of prescription narcotics include constipation, sexual dysfunction, cognitive impairment, and addiction.

Is this the best way to ‘manage’ pain?

Patients receiving narcotics, for long periods of time, become more sensitive to pain and have diminished pain relief over time.  There is good scientific evidence to suggest that prescriptions for narcotics – to treat chronic pain – are only effective over a twelve to sixteen week period of time.

Big pharma has a big price to pay for their actions

More than 86,000 children in Kentucky are being raised by someone other than a biological parent, and prescription drug abuse is largely to blame, according to community leaders.  CNN reports that while it is difficult to assess how many children are orphaned – after parent overdoses from prescription drugs – state data shows Kentucky is the fourth most medicated state in the country and has the sixth-highest rate of overdose deaths.

According to United States representative Hal Rogers, ‘someone has to take care of these kids, and we simply do not have the facilities to do that.’  He goes on to say, ‘that’s a huge undertaking because there are literally tens of thousands of these young children.’

Why is Kentucky being destroyed by big pharma?

Could it be that big pharma targets poor people for profit?  Purdue Pharma spending for OxyContin advertisements increased substantially over the years.  Purdue primarily seems to target primary care doctors – specifically in rural and poor areas.  The plot thickens.

Poor people, on Medicaid, are prescribed painkillers at twice the rate of non-Medicaid patients and are at six times the risk of overdosing on prescription painkillers.  A Washington State study found that 45% of the painkiller overdoses were Medicaid enrollees.

Prescription drug abuse, specifically opioids, such as OxyContin – derived from natural or synthetic forms of opium or morphine – is so prevalent in Appalachia that a new word has been created just to describe these addicts: ‘pillbillies’.

The charges against the drug companies were so serious that federal prosecutors formally recommended charging Purdue Pharma and its top three executives with multiple felonies, including conspiracy, mail and wire fraud, money laundering, and misbranding.  It’s almost unimaginable that our society calls this ‘healthcare.’

The deadly danger connected to a new pain pill

Another drug approved by the U.S. Food and Drug Administration (FDA), Zohydro, uses pure hydrocodone to treat chronic (severe) pain.  The ones used so far mix hydrocodone with weaker, non-addictive painkillers such as acetaminophen or aspirin. Zohydro contains up to 10 times as much hydrocodone as other combination drugs.

The FDA approved this drug contrary to the recommendation of its own advisory panels.  Hydrocodone is one of the most commonly abused medicines in the United States, according to the Drug Enforcement Administration.  The other problem with this pill is one extra pill will kill you!

If a child gets hold of just one pill – it will be deadly.  The companies, which manufacture these narcotics, aggressively market their products for long-term mild to moderate chronic pain.  They are in bed with the American Academy of Pain Management and the American Pain Society.

Drug companies must be addicted to all that money – taking in approximately $280 billion dollars per year.  The running joke in pharmaceutical circles is that the best customer for a drug company is one that spends a lot of money to maintain the condition they have.

Big pharma wants you to ignore the solution

Taking care of your overall health is the only way to avoid premature death from drugs.  Eat an organic, whole foods diet (as much as possible), use acupuncture, massage, biofeedback, chiropractic care, and detoxification programs – when necessary.

Keep in mind, there are many ways that your diet can reduce inflammation (and pain) naturally such as capsaicin, tart cherries, turmeric, ginger, cloves, pineapple, omega 3 fatty acids, and acai juice. Keeping away from inflammatory foods such as conventionally-processed meats and refined sugar can go a long way toward becoming pain-free.

Let’s be honest, opiates never fix pain issues – they make it worst, they attach to the body’s natural endorphin receptors and stimulate them to produce pain relief, energy, and even euphoria.  With these drugs, a person’s brain decreases the production of its own natural painkillers – the endorphins.

Without natural endorphins, people in pain must resort to taking narcotics – just to avoid withdrawal.  Also, if you start taking narcotics, you lose the ability to discriminate which nerve signals are painful and which are not. Once again, the ‘fix’ is never inside toxic drugs.