Pathogen ALERT: Revealing a “hidden threat” in the water supply 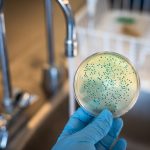 (NaturalHealth365) What’s lurking in your water supply? It’s hard to tell when you can’t see it or smell it.  But, to be clear, you do not want to drink a deadly pathogen!

As a little background: The U.S. Safe Water Drinking Act (SDWA) was passed in 1974.  The act requires all water suppliers to meet national standards for monitoring contaminants and managing them through filtration, disinfection, and other processes.

Generally speaking, water “treatment” has successfully eliminated cholera, typhoid and other waterborne scourges, but pathogens like legionella still sicken up to 32 million people a year and have accounted for roughly 60% of waterborne disease over the past decade.

WARNING: Microorganisms are slipping through the cracks of U.S. drinking water systems

Legionella is a bacteria that is found naturally in freshwater environments. According to the U.S. Centers for Disease Control and Prevention (CDC) it can grow, spread and become deadly in human-made building water systems such as showerheads and sink faucets, toilets, hot tubs, hot water tanks and heaters, and decorative fountains and water features.

In 2019, 79 people fell ill from legionnaire’s disease at a Sheraton Hotel in Atlanta – the outbreak was later traced to the hotel’s decorative fountain – and there were more than 2,000 confirmed cases in New York City between 2006 and 2015.

And, since May 2019, five Columbus-area nursing and rehab centers have had outbreaks of legionnaire’s disease, and at least 87 people were infected in Flint, Michigan in 2014 and 2015.

BEWARE: Legionella is a “silent killer”

Legionnaire’s disease is a serious type of pneumonia.  Exposure to legionella can result in fever, chills, cough, muscle aches, and gastrointestinal upsets.  And, it’s said to be fatal in roughly one out of ten individuals.

People can get sick when they breathe in mist or swallow water into the lungs containing legionella.  Those with weakened immune systems or chronic health conditions are more susceptible to legionnaires’ disease.

The legionella pathogen flourishes when temperatures are warm, water is stagnant, and plumbing systems and pipes are corroded.  Of course, fears of legionella have grown during the COVID-19 pandemic as many hotels, offices, schools, and other buildings have remained vacant or partially vacant over long periods of time.

Microbes in the plumbing is the result of aging water systems and infrastructure. Intense storms and increased flooding are also said to increase the presence of legionella in drinking water.  Worth noting: wells are particularly prone to pathogen problems.

In order to control the spread of legionella public infrastructure improvements need to be made. In addition, water management strategies such as point-of-use filters, flushing water pipes, and temperature control will go a long way in preventing the spread of legionnaire’s disease.

As a consumer, in order to prevent the spread of legionnella you need to have your water system periodically inspected and cleaned. Flush out infrequently used outlets (showheads and taps) weekly, and descale showerheads and hoses quarterly.

No doubt, maintenance is the best way to prevent legionella from growing in your water system.  But, for extra protection … be sure to have a good quality water purification system and drink spring water from a trusted source.

(NaturalHealth365)  The telecommunications industry has rolled out 5G connectivity quite inconspicuously.  The END_OF_DOCUMENT_TOKEN_TO_BE_REPLACED