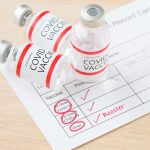 (NaturalHealth365)  Have you seen it?  Floating around the internet is an infamous photograph of Bill Gates with a stack of books next to him, one of which is called How to Lie With Statistics, written in 1954 by Darrell Huff.  The picture has gained viral notoriety for what it suggests about what Gates and his ilk actually do with scientific data about everything from vaxxes to weather.

Unfortunately, for Americans who want to make a well-informed choice about the mRNA COVID shot, including how it works and whether it works as well as public health officials claim, new revelations from a group of Canadian medical and scientific leaders suggest that Pfizer has made every effort to misinform the public about just how “safe and effective” their highly profitable COVID drug is.

The video below introduces you to some of the investigative work of an organization called the Canadian COVID Care Alliance, a group of over 500 independent scientists, doctors, and other health care providers throughout Canada.

In this clip, the Canadian COVID Care Alliance presented a detailed breakdown and criticism of the Pfizer clinical trial process and how the company egregiously fudged the data to get their mRNA jab authorized for use so hastily.

Here’s a summary of some of their key claims based on their analysis of Pfizer’s clinical trial data:

Would you assume 100 percent of a drug’s known and unknown risks, up to and including the risk of death, even if taking the shot would only reduce your risk of getting a disease by less than 1 percent at best?  This is essentially what most people are doing when they take the COVID shot … but clearly, this is not what officials told them.

Perhaps the most egregious of Pfizer’s COVID shot trial missteps is that they allowed people in the control group (those who were NOT supposed to get vaxxed) to get the mRNA COVID jab in early 2021.  Now, it is virtually impossible to tease out whether health problems like stroke, blood clots, heart inflammation, syncope (fainting), and even longer-term health problems were due to the shot or not since there’s no proper control group left.

(NaturalHealth365)  First, it was menstrual problems, and now, it’s current and future END_OF_DOCUMENT_TOKEN_TO_BE_REPLACED