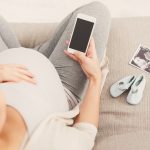 (NaturalHealth365) There are so many urban legends surrounding the dangers of cell phone radiation that it’s become increasingly difficult to tell fact from fiction.  Yes, cell phones get hot, very hot, especially when used heavily; no, despite countless videos on the internet claiming otherwise, a cell phone can’t cook an egg.  But can your cell phone negatively impact your reproductive health?

According to NEW research from Environmental Health Trust, cell phone radiation negatively impacts fertility, fetal health, pregnancy, and sperm.  Moreover, cell phones, laptops, and other wireless radiation-emitting products, when carried or held against the body for long periods of time, might cause users to expose themselves to radiation levels that exceed federal RF safety limits.

The numbers are alarming, just like a chilling revelation in dystopian science fiction.  One in seven couples in the U.S. is infertile.  In addition, according to a 2017 study of male infertility at the Hebrew University of Jerusalem, sperm counts among men in the west have more than halved in the past 40 years and are currently falling by an average of 1.4% a year.

So how real is the danger of cell phone radiation to fertility?  Opinions differ.

In 2015, 190 independent scientists representing 39 countries – including the United States – appealed to the World Health Organization to strengthen cell phone guidelines and ensure the public be “fully informed about the potential health risks from electromagnetic energy.”

Meanwhile, a 2018 study conducted by the Cleveland Clinic Foundation of Ohio concluded that the use of cell phones decreases semen quality by reducing sperm count, motility, viability, and normal morphology.  Still, many scientists and researchers believe that cell phone radiation studies are too preliminary to prove an unequivocal link between mobile phones and falling sperm counts.

The threat is real: Cell phones are linked to DNA damage and cause tremendous harm to the brain

Cell phones are entrenched in our lives.  And the amount of time we spend on our phones increases every year.  The measurement company Zenith projects we will spend over four hours a day on our phones in 2021.

Well, it’s probably fair to say that “it’s all about the money” and the FCC is simply controlled by a powerful telecommunications lobby.  Simply put, if the FCC were to issue any “bad news” about wireless technology … that wouldn’t be good for business.

Having said all that … it’s clear that too much cell phone radiation has a negative impact on your reproductive health.  And, it’s up to us to take action now to protect our health.

Take these steps to reduce your exposure to cell phone radiation

In order to protect yourself, your family, and your fertility from the dangers of absorbed cell phone radiation, consider taking the following measures:

(NaturalHealth365)  The telecommunications industry has rolled out 5G connectivity quite inconspicuously.  The END_OF_DOCUMENT_TOKEN_TO_BE_REPLACED

(NaturalHealth365)  More than 90 percent of American adults own a cell phone, END_OF_DOCUMENT_TOKEN_TO_BE_REPLACED

(NaturalHealth365)  For years, doctors have claimed that an annual mammogram is the END_OF_DOCUMENT_TOKEN_TO_BE_REPLACED