Promote digestive health and regularity with THESE 3 foods 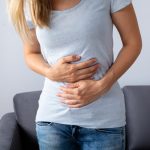 (NaturalHealth365)  Although it’s nobody’s idea of a great conversation starter, the fact is: that roughly 16 to 20 percent of all American adults suffer from occasional constipation.  And, the odds of staying “regular” don’t improve with age.  According to the National Institute of Diabetes and Digestive and Kidney Diseases, the incidence of constipation rises to 33 percent for those over 60 – meaning that at any given time, a third of the adult population is experiencing this uncomfortable condition.

According to research released by the American College of Gastroenterology, the existing medical options for chronic constipation offer therapeutic improvements of a mere 10 to 15 percent over placebo – a frankly underwhelming result.  However, experts say that inadequate dietary fiber intake is a primary culprit in triggering constipation (which is good news, because relief could be as close as your kitchen cabinet or crisper drawer).

Let’s check out three fiber-rich foods that can relieve constipation and promote regularity and digestive health.

It’s no accident that apples top the list of many peoples’ go-to remedies for constipation.  One medium apple contains almost five grams of fiber – close to a fifth of the recommended daily intake for adults.  In addition, apples contain not one, but two types of beneficial dietary fiber – insoluble fiber, which adds much-needed bulk to bowel movements – and soluble fiber, which softens stools.

Studies have shown that pectin, the soluble fiber in apples, is fermented in the digestive tract, producing short-chain fatty acids (SCFAs).  These beneficial SCFAs draw water into the colon, reducing gut transit time and making stools easier to pass.  SCFAs also support the health of “friendly” gut bacteria, with one placebo-controlled study showing that pectin supplementation improved constipation symptoms while boosting populations of beneficial Lactobacillus and Bifidobacterium microbes.  (Pro tip: the Granny Smith variety has the most fiber of all apples.)

For maximum benefit, put away the peeler and crunch your apples “skins and all.”  At least half of the fiber in an apple is contained in the peel.

With one kiwi containing a little over two grams of fiber, this succulent fruit may not be as fiber-rich as the apple.  But kiwis have a secret weapon against constipation – an enzyme known as actinidin, which aids the digestion of protein and helps “speed up traffic” in the gastrointestinal tract.

In a 2018 study published in the European Journal of Nutrition, researchers found that eating two peeled kiwifruits a day improved symptoms in patients with constipation – and was better tolerated than other natural remedies, such as psyllium and prunes.  While prunes and psyllium had a larger “magnitude of response,” patients were more satisfied with the effects of kiwi fruit.

For example, patients receiving psyllium and prunes experienced more abdominal pain, bloating, and gas than the kiwi group.  In fact, 19 percent of the psyllium group reported this type of discomfort, compared to zero participants in the kiwi group!  Unlike apples, kiwis must be peeled before eating.

Harness the power of fructose in pears

While pears aren’t usually “top of mind” when promoting regularity, they can effectively ease constipation.  One medium pear contains a substantial six grams of fiber, which is almost a quarter of the RDI for adults.  Like apples, pears contain pectin.  In addition, they are high in fructose and sorbitol, a pair of natural sugars that act as laxatives by drawing water into the colon, thereby stimulating bowel activity.

As a water-rich fruit, pears can work against constipation by promoting proper hydration.  Like apples, pears should be eaten unpeeled.  Pleasant-tasting, nutritious, and highly digestible pears are a very palatable way to “keep things moving” in the digestive tract.

A variety of natural techniques may help relieve constipation (which is generally defined as having bowel movements less than three times per week, straining while trying to “go,” and/or having stools that are lumpy or hard).  Probiotic foods – such as yogurt, kimchi, and fresh sauerkraut – may help promote efficient digestion by improving microbiome balance and gut health.

Prebiotic foods, such as bananas, chickpeas, onions, and garlic, are just as beneficial.  These contain indigestible fibers, such as inulin, that can increase the frequency of bowel movements.

It’s also vital to stay properly hydrated.  In addition to drinking plenty of pure, filtered water, you can try drinking sparkling water – which some experts say is more effective than plain water at relieving constipation.  Finally, getting sufficient exercise may also relieve constipation.

Many natural health experts advise gentle or moderate exercise, such as brisk walking or cycling, to alleviate symptoms of constipation while improving quality of life.  (However, don’t overdo it as vigorous exercise can worsen some types of digestive disorders.  Always consult your integrative physician before starting an exercise routine).

While constipation can “cramp your style,” these foods may help get things back in motion.

(NaturalHealth365)  Horsetail – a tall, shaggy weed that grows in wetlands and END_OF_DOCUMENT_TOKEN_TO_BE_REPLACED