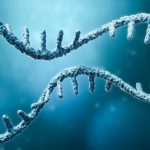 (NaturalHealth365)  2020 and 2021 have brought unprecedented events on a global scale.  Since the appearance of COVID-19, our lives have turned upside down, and our basic liberties have been stripped away.  We went from ONLY two weeks to flatten the curve to the “new normal” depicted by social isolation, universal masking, endless lockdowns, and the forced acceptance of experimental, potentially gene-altering drugs with no established safety profile and questionable effectiveness.  At this point in the article, common sense would beg the question, why would such measures be necessary to curtail a virus that has never been isolated and has a 99.9x percent survival rate for the vast majority of the world’s population.

But the tragic truth is, most people willingly gave up their freedoms in exchange for the illusion of safety, without asking a single question whether any scientific evidence exists to justify the draconian measures.  Sadly, millions have followed the marching orders of the government, media, and so-called health experts, masked up, rolled up their sleeves, and taken one or more doses of unapproved injections while relinquishing their right to informed consent and becoming part of this grand experiment.

But thankfully, some scientists have begun asking the tough questions and even scrutinizing the science behind these experimental drugs.  One such review revealed eye-opening information about the new mRNA technology and some of the unintended consequences of injecting them into the bloodstream of the population.

In a review article published in the International Journal of Vaccine Theory, Practice and Research, Dr. Stephanie Seneff – MIT scientist – and Dr. Greg Nigh – Naturopathic Oncologist – partnered up to seek answers to crucial questions about the new mRNA technology and the safety of the COVID-19 injections.

Their scientific paper describes the mRNA technology in detail, the intended biological response to the injections, the evidence supporting the potential for spike protein “shedding,” and addresses the debate whether these injections can modify the DNA of their recipients.

First, let’s talk efficacy.  If you followed the stages of the drug development process, you might recall that Pfizer and Moderna touted extremely high efficacy rates – both around 90 percent or over – to legitimize their products’ Emergency Use Authorization (EUA).  But while these figures look fantastic on the surface, there is a catch that is based on the fact that most people don’t understand the various ways scientists can show “efficacy” rates in clinical trials.

Can you see how easy it is to sway people by using the “right” numbers?  The best way to avoid being tricked is to understand the data and not just read numbers in headlines.

Operation Warp Speed (OWS) brought to market two mRNA injections in the United States, circumventing the standard process of jab research, production, and testing.  So what could go wrong, you may ask?

Dr. Seneff’s article reveals not one but several safety issues tied to the mRNA injections.  For instance, both the Moderna and the Pfizer injections use adjuvants – or vax additives – linked to causing anaphylaxis and cardiovascular collapse in animal studies.  Numbers confirm the basis for concern, as one study of 64,900 medical employees shows 21 times as many anaphylaxes as were initially reported by the CDC.

And this is just the tip of the iceberg.

Here are some of the other potential safety concerns unveiled by the authors:

As you can see, none of the above-highlighted concerns are minor.  So ask yourself the question:  are these jabs “safe and effective?”  We strongly urge you to take the time to study the referenced review article (link below) and formulate your own opinion about whether this new technology has an acceptable risk/benefit profile.

To learn more about Dr. Seneff, watch this video interview (below) with Dr. Stephanie Seneff and Jonathan Landsman, creator of NaturalHealth365:

(NaturalHealth365)  Is the COVID shot necessary for kids?  We know most people END_OF_DOCUMENT_TOKEN_TO_BE_REPLACED

(NaturalHealth365)  As Big Pharma rolls out one COVID booster after another, a END_OF_DOCUMENT_TOKEN_TO_BE_REPLACED