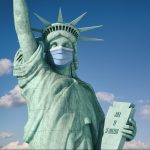 (NaturalHealth365)  In certain parts of the country – namely, states with no massive mandates or lockdowns – the novel coronavirus pandemic seems to have had a less noticeable impact on the daily lives of individuals and business owners.  Other states, like California and New York, have been dealing with perpetual “states of emergencies,” rapidly expanding mandates and other impositions that threaten the autonomy and basic rights of their citizens.

Now, lawmakers in New York appear to be taking steps to mirror the Orwellian moves of Australia, where quarantine camps for COVID positive individuals (and even COVID negative individuals) are now commonplace.

As reported by The National Pulse, the New York Senate and Assembly are preparing to vote in the next legislative session (to be held on January 5, 2022) on a bill that would lay the groundwork for forced “removal of cases, contacts, and carriers of communicable diseases who are potentially dangerous to the public health.”

Reading through the bill, free citizens of New York – and the entire country – can find plenty of reason to worry.

The bill stipulates several possible changes, including the following:

Note that these individuals who could be forcibly removed from their homes and interned in a medical facility do not even have to test positive for COVID-19 – they could simply be someone who has been in contact with a COVID-19 positive person.

Worried about forced detention coming to your state?  If legislature like this New York bill gets passed, it could get even worse

In addition, the bill states that “the governor or his or her delegee may, in his or her discretion, issue and seek enforcement of any other orders that he or she determines are necessary or appropriate to prevent dissemination or transmission of contagious diseases or other illnesses that may pose a threat to the public health.”

Reading on, the bill effectively gives the governor of New York the right “to require an individual who has been exposed to or infected by a contagious disease to complete an appropriate, prescribed course of treatment, preventive medication or vaccination.”  Immediately following this jaw-dropping statement, the proposed bill clarifies that “forcible administration of any medication” is not permitted “without a prior court order” … which calls into question how easy it will be for determined state officials to acquire such court orders.

If you’re concerned with the idea that medical mandates are becoming increasingly normalized – that the State has the right to demand that you take a drug – then bills like this are obviously concerning.  Allowing this kind of precedent to take place in a country as “free” as the United States of America is alarming and should concern every citizen of the world – not just New Yorkers.

We encourage everyone to read the bill in its entirety (which you can find here).  If you are a New York resident, it is time to take action.  Get involved by contacting your senator and voicing your opinion about this urgent issue.  Here is the link to the New York State Senate website.

(NaturalHealth365)  According to the American Cancer Society, “There is no information that END_OF_DOCUMENT_TOKEN_TO_BE_REPLACED