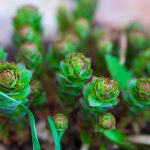 (NaturalHealth365) Up to 2.5 million Americans currently suffer from the frustrating and mysterious condition known as chronic fatigue syndrome (CFS).  The illness causes fatigue that persists for six months or more and is often accompanied by aching muscles and joints, swollen lymph nodes, difficulties with memory and attention (“brain fog”), and sleep disturbances.  Sometimes referred to as myalgic encephalomyelitis, Western medicine will tell you that CFS has no known cause – and no cure.

Western doctors often treat CFS with non-steroidal anti-inflammatory drugs and pharmaceutical antidepressants – but these medications can feature toxic side effects.  Now, an exciting new study highlights the potential of an ancient herb, rhodiola rosea, to combat CFS by lifting mood and reducing fatigue.  While natural health experts and knowledgeable integrative doctors have long advised rhodiola for tiredness and depression, the newest study adds to earlier research that suggests specific benefits of rhodiola for CFS.

In a study published in Phytotherapy Research, 50 adults were treated with 400 mg of rhodiola extract a day for 12 weeks.  Researchers administered a battery of neuropsychological tests – including those that measured resource allocation, which involves the ability to execute two tasks simultaneously.  (Allocation of resources decreases with age – particularly with neurodegenerative conditions such as Alzheimer’s disease – and can be used to identify diminished mental capacities).  Researchers also used the Beck Depression Inventory-II, considered the most reliable measure of symptoms of depression, along with “perceived stress” questionnaires.

The researchers evaluated the participants before the herb was given, at the study’s midpoint and at the end.  The results were eye-opening.

Participants experienced a mood-lifting effect, with a reduction in depressive symptoms.  Rhodiola also seemed to improve speed and enhance mental resources, with participants becoming significantly quicker and more accurate in their cognitive processing.

The newest review is merely the latest research in an accumulating body of evidence supporting rhodiola’s ability to ease depression and fatigue.

In one placebo-controlled study, rhodiola performed about as well as the pharmaceutical antidepressant sertraline (Zoloft) in alleviating mild to moderate depression – and was found to be both well-tolerated and safe.

And a 2018 study of 100 adults with CFS showed that the herb significantly alleviated symptoms of mental stress, reduced symptoms of chronic fatigue syndrome, and increased motivation and activity.  The greatest improvement was in general fatigue – with improvements appearing as early as one week into treatment.  By the eighth week of the study, which was published in Complementary Medicine Research, a remarkable 83 out of 100 subjects reported being “very improved.”  The volunteers also reported “marked improvement” in depression, sleep quality, and stress, leading the researchers to describe rhodiola rosea as a “potentially effective treatment for prolonged or chronic fatigue.”

Rhodiola rosea, also known as Arctic root and golden root, has been used for centuries in folk medicine, Ayurveda, and Traditional Chinese Medicine.  But it is only recently that scientists are beginning to discover how it works.

Studies have shown that active constituents in rhodiola – such as rosavin and salidroside – increase sensitivity to neurotransmitters such as serotonin and dopamine, thereby elevating mood, increasing focus and memory, and preventing anxiety and depression.  In addition, rosavin is believed to balance levels of cortisol, known as the “stress hormone,” and promote the activity of acetylcholine, a neurotransmitter vital for memory and learning.  It also promotes the production of superoxide dismutase and glutathione, the body’s most important natural antioxidants.  Finally, rhodiola improves the blood’s oxygen-carrying capabilities, increasing energy and even improving athletic performance, stamina, and strength.

Rhodiola’s beneficial powers have caused researchers to classify it as an adaptogen – a substance that helps the body deal with mental and physical stress and increases resistance to harmful factors.

How can I use rhodiola for chronic fatigue syndrome?

Rhodiola extract is available in capsule form.  Look for a formulation containing at least 3 percent rosavin and 1 percent salidroside.  Natural healers typically recommend 400 mg to 700 mg a day of rhodiola, in divided amounts, taken before meals.  (Healthy fats are believed to enhance the absorbability of rhodiola).  Of course, before using rhodiola to address – CFS or any other condition – check with your integrative doctor.

Other natural techniques for easing CFS include avoiding toxic substances, regular exercise, cognitive-behavioral theory, guided meditation, acupuncture, and biofeedback.  Beneficial nutrients and herbs for CFS include ginger, ginseng, and ginkgo biloba.  Before adding any of these to your health routine for CFS, check with your doctor.

By reducing depression, “brain fog,” and fatigue, rhodiola addresses the hallmark symptoms of CFS – and may help bring much-needed relief to sufferers of this potentially debilitating condition.  If you suffer from CFS, maybe it’s time to discuss this remarkable herb with your doctor.