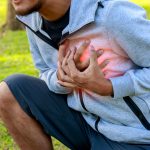 (NaturalHealth365)  Earlier in the pandemic and vax rollout, public health officials acknowledged a potentially deadly vax-caused condition featuring thrombosis (blood clots blocking veins or arteries) plus low platelets (which help form blood clots).  While the risk of this serious adverse event – called Vaccine-Induced Immune Thrombotic Thrombocytopenia (VITT) – is currently considered “extremely rare,” readers are reminded that adverse events post-jab are severely underreported.  According to the U.S. government’s Agency for Healthcare Research and Quality, “less than one percent [of vax-related adverse events are] reported to the Food and Drug Administration.”  So, VITT could very well be more common than officials even realize.

The early jab-rollout era also saw the spread of information about a potentially severe post-mRNA jab heart health problem known as myocarditis.  Now, new research confirms that both doses of either Pfizer’s or Moderna’s mRNA injection can put you at risk.

You may remember that when news of these heart inflammation problems post-jab first came out, mainstream media seemed to be using it as an opportunity to pump up some good PR for Pfizer.  In December 2021, Reuters reported on a large study published in the British Medical Journal which found, after analyzing data of more than 4.9 million Danish people, that getting vaxxed with the Moderna shot, but not the Pfizer shot, “was associated with a significantly increased risk of myocarditis or myopericarditis in the Danish population.”

We also started hearing about how Germany, France, and other countries started to restrict the Moderna COVID jab among young people for fear of causing even more heart health problems among their younger citizens.

But what seemed to be a not-so-subtle push for everyone to start getting Pfizer shots instead of the alternatives quickly began to unravel as more data came out.

That same BMJ study, for instance, also concluded that Pfizer’s COVID shot was “associated with a significantly increased risk among women” (although rates of myocarditis caused by either drug still appeared to be low, thankfully).

And the April 2022 study from JAMA Cardiology, which pulled from data of over 23.1 million people in 4 Nordic countries, confirmed that “both first and second doses of mRNA vaccines were associated with increased risk of myocarditis and pericarditis.”  Again, young males were at the highest risk of harm.

In case you were wondering, data does not link VITT to Pfizer or Moderna shots (at least not yet)

At this time, the potentially deadly thrombosis and thrombocytopenia post-jab condition mentioned at the start of this article, called VITT, appears to be only related to the adenovirus vector COVID-19 vaxes, including the Janssen/Johnson & Johnson shot and the AstraZeneca shot (the latter of which is not available in the United States).

Current data indicate that VITT is not associated with the mRNA jabs, although at least one case of possible “catastrophic thrombosis” following a Moderna injection was published in October 2021 by the Annals of Internal Medicine.

(NaturalHealth365)  The Wall Street Journal (WSJ), an organization that reports the news, END_OF_DOCUMENT_TOKEN_TO_BE_REPLACED