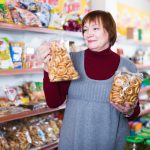 (NaturalHealth365). Over 3 million Americans have been diagnosed with inflammatory bowel disease (IBD), a potentially debilitating gastrointestinal condition that includes Crohn’s disease and ulcerative colitis.  More prevalent in developed nations, IBD is becoming more common in countries where it was previously rare, and scientists think they know why.

The increase in IBD parallels the growing adoption of the Western diet (also known as the Standard American Diet, or SAD).  The SAD – which relies heavily on processed foods – is high in calories, trans fats, saturated fats, added sugars, and salt while low in fiber and essential vitamins and minerals.  Yet, little research examining the link between SAD and IBD existed – until now.  An extensive international study newly published in BMJ examines the effect of “ultra-processed” foods on rates of IBD  – with alarming implications.  Let’s take a closer look at the revealing research.

To conduct the study, an international team of researchers gathered detailed information from over 116,000 adults in 21 different countries (including Bangladesh, Sweden, Turkey, Brazil, and the United States) for 13 years. First, participants were questioned about their daily diets, including their consumption of “ultra-processed” foods – such as heavily processed, packaged baked goods, sugar-laden cereals, carbonated sugary drinks and reconstituted meat and fish products.  They were then followed for nine years, with new diagnoses of IBD being recorded.

To say that the study supported a link between “ultra-processed” foods and higher levels of IBD is an understatement.  The team found that participants who consumed five or more servings a day of ultra-processed foods had a stunning 82 percent greater risk of being affected by IBD than those who ate less than one serving a day!  For those who consumed one to four servings of ultra-processed food a day, the increased risk was 67 percent.  While the study did not show that the foods caused IBD, it certainly suggested a powerful association.  In any case, the researchers called for more studies to identify and explore contributory factors among processed foods that might be responsible for the increased risk.

The researchers commented that IBD is believed to stem from dysbiosis (imbalances in the microbiome, or community of gut bacteria) in susceptible people.  Studies have shown that the bacterial balance of the microbiome can be changed through diet, and this can, in turn, alter the intestinal immune response in the digestive tract, leading to inflammation.  While it is too early to say for sure, scientists suspect certain additives – such as added sugars, stabilizers, preservatives, and artificial flavors – of being the culprits.

For example, an emulsifier known as carboxymethylcellulose has been shown to increase the ability of bacteria to adhere to the epithelial lining of the intestines.  Other suspects are refined sugars and potentially inflammatory omega-6 acids in processed foods.

Best foods to eat to help with IBD

Some foods appeared to be “off the hook” when it comes to a connection with IBD.  For example, consumption of unprocessed white meat, unprocessed red meat, dairy products, starch, fruits, vegetables, and legumes was not associated with an increased risk in the study.  In fact, high consumption of fruits and vegetables has been linked in studies with a decreased risk of a form of IBD known as ulcerative colitis.

Well-cooked, tender, unprocessed meats, scrambled eggs, and tofu are also on the “OK” list.  In addition, it’s important to get adequate amounts of vitamin D, calcium, and probiotic and prebiotic foods. So, naturally, you will want to “put the kibosh” on all ultra-processed foods.  And, for maximum benefit, opt for organic foods whenever possible.

Here are some tips to support your gut health naturally

Other natural interventions exist for IBD.  The American College of Gastroenterology recommends a low-FODMAP diet – a short-term intervention that involves the restriction of fermentable carbohydrates.  If you have IBD, your integrative physician may recommend this strategy.  In addition, stress management techniques such as acupuncture, mindfulness meditation, breathing exercises, and yoga have been shown to benefit IBD.

Not only is IBD a frustrating, painful, and potentially serious disease, but it appears to be linked to other chronic conditions.  The Centers for Disease Control and Prevention (CDC) reports that people with IBD are more likely to suffer from heart disease, cancer, arthritis, and ulcers.  Therefore, banishing ultra-processed foods from your diet is a practical, common-sense step you can take to optimize your health and steer clear of troublesome IBD.

(NaturalHealth365)  Every 34 seconds in the United States, somebody dies of heart END_OF_DOCUMENT_TOKEN_TO_BE_REPLACED

(NaturalHealth365) You’ve probably heard that too much sugar harms your health.  Sugar END_OF_DOCUMENT_TOKEN_TO_BE_REPLACED