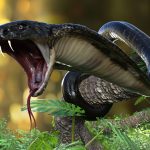 (NaturalHealth365)  On March 11, 2020, the World Health Organization (WHO) declared the COVID-19 outbreak a global pandemic.  That day marked the moment in history when governments worldwide received their marching orders and decided to wage war against their citizens under the guise of containing the virus.  It is almost inconceivable that the entire world came to a screeching halt due to a globally orchestrated fear campaign over a virus that has never been isolated and might have never even existed.

Sadly, most went along with the oppressive mitigation measures such as lockdowns, mRNA gene therapy injections, and universal masking without ever raising a single question about whether any of this was necessary in the first place.  Although the majority have been asleep the entire time, others have been wide awake, relentlessly seeking answers to many unanswered questions.  For instance, can we say with certainty that the cause of the pandemic sickness has been the so-called novel coronavirus?  Or do we just believe what we are told?

This information will shock most people.

Retired chiropractor claims COVID-19 is NOT a virus; pandemic is caused by snake venom poisoning

Dr. Bryan Ardis is a retired chiropractor in Texas.  Throughout the pandemic, he has been vehemently criticizing government authorities for making the toxic drug, Remdesivir, the only antiviral drug authorized by the FDA for the treatment of COVID-19.  He found it nefarious that the FDA would make an experimental drug therapy with a disastrous safety profile the only COVID treatment option while banning safe and effective medications.

He knew something evil was at play.  Something so evil no one could imagine.

On April 11, 2022, Dr. Ardis came forward and made serious allegations about the origins of COVID-19.  In a documentary-style video titled “Watch the Water,” he revealed his extensive research that links snake venom molecules to the COVID-19 pandemic.  Dr. Ardis alleges that snake venom peptides and proteins have been used to create the illusion of a respiratory infection outbreak, driving people to experimental hospital treatments and mRNA injections.

During the interview, he cites evidence that proves snake venom is also present in the mRNA shots and the Fauci-mandated toxic Remdesivir drug which is administered to COVID-19 patients in hospitals throughout the United States.

Although going from the bat theory to gain-of-function lab theory and now to a brand new snake venom theory may be a far stretch for many, Dr. Ardis’s research and claims should not be dismissed.  The evidence cited is certainly damning and points to a plausible scenario that should be explored and investigated.

You can watch the entire documentary here.

FACT: Everything about the pandemic has been a series of lies

Regardless of what you think about the validity of Dr. Ardis’s claims, it is undeniable that the official pandemic narrative has been nothing more than a series of lies, lies, and more lies.  In fact, the single most important lesson we should all learn from the pandemic is NOT to trust what government “health” agencies tell us, as Big Pharma clearly owns them.

Similarly, mainstream media is nothing more than the propaganda arm of Big Pharma-owned government agencies.  How many times have you heard something on TV the opposite of which was actually true?  Here are a few examples of blatant lies millions fell for:

We urge you to use discernment and critical thinking before denouncing Dr. Ardis’s snake venom theory.  Do your research to investigate further before forming an opinion.  We live in unprecedented times when things may be different than what they appear.  While the use of snake venom as a bioweapon may sound far-fetched, the idea is not new.

In fact, in a 2005 study, a scientist from the University of Melbourne, Australia, conducted a “comprehensive analysis of the origin and evolution of one of nature’s most sophisticated bioweapons: snake venom.”  Scientists have known for over a decade that snakes had the ability to develop more specific, highly potent toxins that cause their victims’ bodies to turn against themselves upon injection.

In addition, snake venom has been widely used in pharmaceutical drug development.  Check out the UK-based company called Venomtech, boasting about having the largest library of 20,000 naturally sourced peptides, proteins, and small molecules derived from venom for their pharmaceutical clients to choose from.

Time will tell if the snake venom theory is valid.  In the meantime, we urge you to do your research and exercise particular caution before relying on information from government health authorities and mainstream media.

(NaturalHealth365)  Since the late 1980s, the number of petitions filed with the END_OF_DOCUMENT_TOKEN_TO_BE_REPLACED