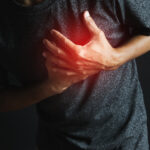 (NaturalHealth365) Let’s envision a truth-teller in the year 2020 passionately insisting that the mRNA jab would cause irreversible heart injury.  Such an individual would have been crucified as an enemy of the state, an anti-vaxxer, or worse.  Fast forward to today, and what was once considered to be a fringe conspiracy theory is now turning out to be the reality.

mRNA gene therapy is a direct threat to the heart

Contrary to the propaganda delivered directly into your living room by the mainstream media, the truth is mRNA gene therapy causes routine injury to the heart.  The Swiss study reveals that COVID vax spikes troponin levels in all vax recipients.

Keep in mind, a troponin test measures the levels of troponin T or troponin I proteins in the blood.  These proteins are released when the heart muscle is damaged.

Researchers also found a shocking percentage of jab recipients – one in nearly twenty-five cases – succumbed to subclinical myocarditis.  Heightened troponin levels, including injury to the heart, occurred in vaxxed individuals of all ages and demographics.

The video below gives an excellent overview of the recent study and why it matters.

The study’s findings are alarming.  It is obvious that COVID shots compromise the health of those who receive them.

The heart injuries justify questions about the true motivation of Big Pharma and the federal government in demanding that the populace receive the vax to work, go to school and participate in social functions outside of the home.

Mainstream media will cover up the truth till the very end

Unsurprisingly, mainstream media talking heads continue to gloss over the details of any vax study that contradicts the official “safe and effective” narrative.  This is because they cannot afford any discourse other than those reinforcing the government messaging.  However, those interested in the facts focus on cold hard data, regardless of whether it jives with the mainstream media’s narrative.

For example, John Gibson, an economist and freedom fighter based in New Zealand, highlights the strong link between booster shots and an increase in mortality rate.  Take a close look at Gibson’s data, and you’ll find nearly 20 excess fatalities occur for each 100,000 COVID booster shots.  A similar connection was made by Australian and Japanese researchers, indicating excess deaths were driven by the mRNA shots as opposed to the COVID virus itself.

Correlation or causation: That is the question

Additional analyses of the true impact of the COVID shot and subsequent booster jabs will eventually tell the tale of this unique historical event.  However, it will take some time for the scientific and medical communities to determine if there is direct causation or a mere correlation between the COVID booster shots and excess mortality, heart injury, and other adverse health outcomes.

The Swiss research highlighted above justifies continuing exploration of this uncomfortable and somewhat controversial topic.  Those with an allegiance to the truth and justice will retain an open mind, consider the data as it is revealed in the years to come, and get the word out about Big Pharma‘s devilish obsession with social control at the expense of personal autonomy.

(NaturalHealth365)  The Wall Street Journal (WSJ), an organization that reports the news, END_OF_DOCUMENT_TOKEN_TO_BE_REPLACED