Fake Farming: Bill Gates wants synthetic meat substitutes to replace the use of animals by 2035 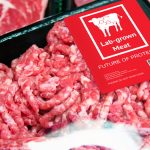 (NaturalHealth365) In a recent interview with James Temple at the MIT Technology Review, Microsoft co-founder Bill Gates sanctimoniously declared that “all rich countries should move to 100% synthetic beef.”  The $133 billion dollar man’s pronouncement is a lot like Marie Antoinette’s famous decree, “Let them eat cake,” although the queen wasn’t a personal investor in French pastry companies like Gates is in tech-meat giants Beyond Meats and Impossible Meats.  In his quest to “innovate in the food space” and avoid a climate disaster, Bill Gates overlooks the important details: synthetic, lab-grown Frankenfoods aren’t good for us and fixing the global food system, which has been broken by capitalism, with a “better,” more innovative form of capitalism isn’t the answer.

Bill Gates has a large investment ($75 million as of August 2017) in Impossible Foods and has partnered with Pat Brown, the California-based company’s founder, CEO, and geneticist, to spread the gospel of “fake farming” and lab-grown meat as a solution to greenhouse gas emissions and climate change.  “It’s game over for the meat industry – they just don’t know it yet,” said Brown at the Web Summit Conference.

The mission of Bill Gates, Pat Brown, and Impossible Foods is to have genetically engineered, synthetic meat substitutes replace the use of animals by 2035.

Tech-meat titans are quick to point out that every time you eat an Impossible Burger instead of beef from a cow you are using 96 percent less land, 87 percent less water, and 89 percent carbon emissions (CO2).  What they don’t tell you, however, is that the soy protein used in most plant-based meats is heavily processed and stripped from its natural, whole form.

According to Sara Keough, an Integrative Eco-Nutritionist, the soy found in many brands of artificial animal products is often genetically modified and grown with toxic pesticides.  In fact, soy samples evaluated by the USDA Pesticide Data Program revealed 14 total toxin residues, including the herbicide glyphosate which is linked to numerous conditions such as cancer, immune dysfunction, and disruption of the human microbiome.

Bill Gates, Pat Brown, and the Silicon Valley food futurists also fail to address the following point: why spend millions of dollars “creating meat” out of countless genetically engineered products when you can simply stop eating meat, or make meat a treat, which is the model provided by Indigenous diets.

It’s not the Cow, it’s the How

Bill Gates is the biggest owner of farmland in America, which makes his synthetic beef pronouncement even more alarming.  And to make matters worse, both Gates and Pat Brown believe that genetically modified seeds and chemical herbicides, in the right doses – and not land-intensive organic farming – are crucial to curbing carbon emissions.

Does the future of farming and food really need Bill Gates’ vision?  We, at NaturalHealth365 say no!  It needs agroecology and the redistribution of land and land use; it needs mindful diet practices and good consumer decisions.  Are you looking for common sense and a better way to produce REAL food?

Just take a moment to listen to Joel Salatin, an American farmer and Jonathan Landsman, host of NaturalHealth365 talk about the healthiest way to produce food and to stay healthy.

And maybe all of us should tell Bill – with our purchasing power – what he can really do with is “fake meat” idea.

(NaturalHealth365)  The food we eat should keep us healthy and strong.  But END_OF_DOCUMENT_TOKEN_TO_BE_REPLACED

(NaturalHealth365) Generally speaking, we hope that health studies and research will help us END_OF_DOCUMENT_TOKEN_TO_BE_REPLACED