Discover which chemicals in tap water will wreck your health 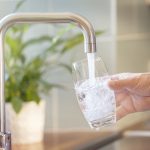 (NaturalHealth365)  Perhaps nothing is as essential to maintaining good health as safe and adequate drinking water.  But an increase in water contaminants in recent years has heightened concerns over what is coming out of the tap when you reach for that faucet.

In fact, researchers from the Harvard School of Public Health (HSPH) and the Icahn School of Medicine at Mount Sinai (ISMMS) have stated that fluoride – which is deliberately placed in public water systems throughout North America – directly ‘contribute to the development of mental disorders in children, such as ADHD (attention deficit hyperactivity disorder) and autism.’

The U.S. Environmental Protection Agency (EPA) states that Americans should expect their drinking water, whether from the tap or bottle, to contain at least trace amounts of certain pollutants and contaminants. Don’t you love the way they downplay the health concern? (i.e. ‘trace amounts’)

According to the agency, finding impurities in drinking water does not necessarily mean it is dangerous to consume.  To that end, the EPA has created standards for about 90 contaminants most often found in drinking water, providing limits for what the agency has determined are safe levels.  In addition, the list includes what the EPA has labeled as “indicators,” substances that signal a likely problem with a treatment facility or distribution system.

Is your water supply safe to drink?

While these “National Primary Drinking Water Regulations” may provide some legally enforceable standards that public water systems must adhere to, the presence of contaminants in drinking water continues to raise questions as to whether safe levels truly are “safe,” and what the long-term health consequences may be of consuming even trace levels of hazardous chemicals over long periods of time.

And with fewer than 100 contaminants on the list, the public is at risk for additional substances not falling under the regulation that pose a health threat for cancer and other ills.  Among the classifications of hazardous substances most commonly found in drinking water supplies are:

Notice what is NOT mentioned (tested)?  How about all the pharmaceutical drugs flushed down the toilet – every single day!

Microorganisms prove to be deadly

Modern municipal treatment processes, including disinfection and filtration, have led to complacency about drinking water safety.  But all the technology available cannot always completely safeguard people from deadly microorganism contamination and other pollutants.

The Natural Resources Defense Council points to an incident in upstate New York in 1999 when more than 1,000 county fairgoers fell ill due to waterborne contamination by a particularly virulent strain of E. Coli bacteria.  An elderly man and young child died when they were not strong enough to fight off the pathogen.

Unfortunately, this is not an isolated incident.  Health officials around the country have documented similar situations of human health compromised by microorganism contamination of drinking water.

Problems with microorganisms in water most often result from contamination with human or animal fecal matter or bacteria that typically exist in the environment.

How do disinfectants and disinfection byproducts get into the water supply?

Ironically, when agents are added to water to control the growth of microbes, these disinfectants can become contaminants themselves.  In addition, substances that are formed during the disinfection process can also find their way into the drinking water.

For example, chlorine added to control the growth of bacteria can cause nose and throat irritation and irritate the stomach.  In addition, bromate and haloacetic acids can form during the disinfection process and contaminate water.  Both substances are considered cancer-causing agents, according to the EPA.

Other disinfectant byproducts have been linked to serious reproductive problems.

Can inorganic and organic chemicals harm the body?

Large numbers of organic and inorganic chemicals find their way into public drinking water, causing everything from kidney damage and intestinal lesions to nerve disorders.

For example, an inorganic chemical like arsenic can contaminate drinking water supplies due to erosion of natural deposits, orchard runoff, or contamination from waste sites that handle materials like electronics and glass. Fluoride, added to many municipal water supplies, can lead to bone disease, teeth mottling, and lower IQ.

Organic chemicals like atrazine, a chemical used in agriculture production that can enter water supplies through runoff, raise havoc with cardiovascular and reproductive systems.

What kind of radionuclides can be found in our water supply?

Contaminants like uranium and alpha particles can enter the water supply from natural erosion.  These and other radionuclides are known to raise the risk of cancer and lead to kidney toxicity.

While the EPA regulates only 91 contaminants through the Safe Drinking Water Act, the agency is quick to point out that over 60,000 chemicals are used in some capacity across the nation.

According to an analysis of government records by The New York Times, these chemicals have been scrutinized by government officials and independent researchers, and hundreds have been found to increase the risk of cancer and raise other serious health risks, even when found at tiny concentrations in drinking water.

Despite this finding, however, no additional chemicals have been added since 2000 to the list falling under regulation of the Safe Drinking Water Act, leaving citizens with unanswered questions about the safety of their water supply.

If you want to be sure about the safety of your water supply – get it tested and take the appropriate actions necessary to protect you and your family.  After all, drinking pure (clean) spring water or purified water is one of the best ways to stay healthy.

(NaturalHealth365)  Two and a half years after its onset, the COVID-19 pandemic END_OF_DOCUMENT_TOKEN_TO_BE_REPLACED

(NaturalHealth365)  You see your home as a safe haven, a place where END_OF_DOCUMENT_TOKEN_TO_BE_REPLACED

(NaturalHealth365)  You may have heard the saying attributed to Benjamin Franklin: “early END_OF_DOCUMENT_TOKEN_TO_BE_REPLACED