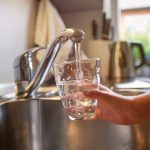 (NaturalHealth365) Fluoride is a mineral found naturally in the soil and water.  For decades now, many local and state authorities have added fluoride to public drinking water, arguing that it improves dental health; the U.S. Centers for Disease Control and Prevention (CDC) claims fluoridated drinking water reduces the risk of cavities by about 25%.

But an alarming body of research suggests fluoride is a neurotoxin that is harmful to the development of fetuses and babies.  To give just one brief example, a 2019 study in JAMA Pediatrics found that maternal exposure to fluoride in pregnancy was associated with lower IQ in children!  And despite almost no media coverage, people are now standing up to this mass fluoridation – starting by suing the Environmental Protection Agency (EPA).

The fight against fluoride:  Health advocacy groups sue EPA to put an end to fluoridation in public drinking water

In 2016, the EPA rejected a petition from health advocacy groups to stop adding fluoride to drinking water because of the growing amount of evidence showing it’s harmful to human health.  But the advocacy groups – including Food and Water Watch Inc., the Fluoride Action Network (FAN), and Moms Against Fluoridation – didn’t give up their fight.

By December 2017, the plaintiffs had filed a lawsuit against the EPA, asking the California federal court to overturn the EPA’s rejection and force the government to stop exposing millions of Americans to fluoridated drinking water.  In addition, attorneys for the plaintiffs cited the Toxic Substances Control Act’s citizen suit provision to call out the EPA for its “ongoing failure to protect the public from the neurologic risks posed by the fluoridation chemicals added to public drinking water.”

After being postponed last year due to the pandemic, the initial trial – set to establish whether fluoride poses an unreasonable risk – went virtual in June 2020.  The case is still ongoing.

According to the Fluoride Action Network (FAN), U.S. District Judge Edward Chen commented that the evidence presented last summer by the plaintiffs raised “serious questions” about the safety of fluoridation and its effect on children’s brains.  Citing dozens of studies, the director of FAN had said that “[t]he level of evidence that fluoride is neurotoxic now far exceeds the evidence that was in place when lead was banned from gasoline.”

As for the argument from the likes of the EPA and American Dental Association that fluoridated water is necessary for oral health, the evidence gets faultier and faultier.  For example, data from the OECD Health Database shows that countries that add fluoride to their water have seen declining cavity rates over the past few decades – but so have countries that DO NOT add fluoride to their water.

Meanwhile, a 2015 Cochrane review of 20 studies on water fluoridation determined that nearly all (97%) of the studies were “deeply flawed.”

Want to know how to reduce your family’s exposure to fluoride?  Here are three things you can do

As we wait for the conclusion of the lawsuit filed public health officials to respond to the overwhelming evidence of the dangers of fluoride, there are plenty of things you can do to protect your family:

(NaturalHealth365)  If you avoided the jab – or at this point, the END_OF_DOCUMENT_TOKEN_TO_BE_REPLACED

(NaturalHealth365)  Has the world moved one step closer to the “Great Reset?” END_OF_DOCUMENT_TOKEN_TO_BE_REPLACED