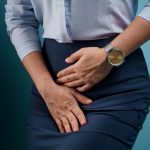 (NaturalHealth365)  Urinary tract infections (UTIs) are exceedingly common, particularly among women.  50 percent of all women will experience at least one UTI at some point in their lives.  Yet, when it comes to the quality of medical care offered for these painful infections, many women are just plain “over it.”

According to a 2021 study published in the Journal of Urology, many women with recurrent UTIs complain of feeling helpless, hopeless, and misunderstood by their healthcare practitioners – not to mention bombarded with antibiotics.

But, there is also good news regarding UTIs.  A new scientific review in a major peer-reviewed medical journal has credited D-mannose, a natural sugar, with the ability to help prevent and treat them.  So, let’s examine the exciting potential of D-mannose for urinary tract infections.

Most UTIs involve the bladder and urethra and can cause a range of uncomfortable, distressing symptoms, including pelvic pain, burning upon urination, bloody urine, and passing small, infrequent amounts of urine.  (A UTI that has spread to the kidneys – demonstrated by high fever, back or side pain, and chills – is a much more serious and potentially life-threatening condition that a doctor must treat).

Most UTIs are caused by common bacteria such as E. coli and are treated with antibiotics, including Bactrim and Cephalexin.  These medications can cause side effects such as diarrhea, nausea, Candida yeast infections, and even liver and lung toxicity.  Not to mention, their use can contribute to soaring rates of antibiotic resistance, recently classified by the World Health Organization as a global public health crisis.

One of the women’s main (and sensible) complaints in the Journal of Urology study was that their doctors “threw antibiotics” at them.  While sometimes antibiotics really are needed (especially in the case of potentially life-threatening kidney infections), they are not always necessary.  In fact, Science Daily reports that 40 percent of bladder infections can be cleared with non-prescription methods.

With half of all women experiencing at least one UTI and a quarter of all women suffering from persistent, repeated infections (three or more a year), it’s clear that better treatment is needed.

FINALLY:  Study calls for more research into non-antibiotic options, such as D-mannose for urinary tract infections

In a study conducted at Cedars-Sinai Medical Center, researchers found that women report being frustrated and resentful with limited management options for UTIs.  Lead author Victoria Scott, MD, a urologist at the Female Pelvic Medicine and Reconstructive Surgery clinic, noted that a large number of women reported feeling “hopeless and helpless.”

The women’s main concerns involved the adverse effects of antibiotics, including their ability to promote antibiotic resistance and disturb the balance of the microbiome (the community of good and bad bacteria in the body.)  Many women reported they sought advice from herbalists and acupuncture practitioners and urgently called for alternative options from their doctors.

The researchers concluded that physicians should modify their strategies to meet women’s concerns and devote more research to improving non-antibiotic options.

GREAT news:  D-mannose may be as effective as antibiotics

D-mannose is a simple sugar found in cranberries, apples, and oranges.  Natural health experts have long maintained that D-mannose inhibits the ability of pathogens, such as E. coli to adhere to the cells of the urinary tract.  This allows them to be flushed naturally and harmlessly from the body through urination. (See ya, E.coli!)

Now, D-mannose is getting some respect as an intervention for UTIs.

In a review and meta-analysis of peer-reviewed studies published in the American Journal of Obstetrics and Gynecology, the authors concluded that not only was D-mannose protective for recurrent UTIs when compared to placebo – but that it possessed “possibly similar effectiveness to antibiotics.” The studies used dosages ranging from about 1,300 mg a day to 6 grams a day, and the scientists praised D-mannose’s minimal side effects – which seemed limited to mild diarrhea and dizziness at high doses.

D-mannose for UTIs has shown earlier promise in studies.  In one 2016 pilot study, 43 women who had existing UTIs (and a history of repeat UTIs) were given 3 grams of D-mannose a day for the first three days, then 1.5 grams a day for ten more days.  The team reported that roughly 90 percent of the infections had resolved after 15 days.

Reduce your odds of UTIs with natural techniques

Utilize the common-sense approach of wiping from “front to back” and avoid harsh products such as douches and deodorant powders and sprays.  (Tip: Since UTIs are more common in women who use diaphragms, it’s a good idea to check with your gynecologist about other possible options).

If you would like to try D-mannose to address a routine UTI, check with your integrative doctor first- especially if you have problems with blood sugar regulation.  (Remember, D-mannose is natural sugar).

While more study is needed on D-mannose for urinary tract infections, the research is very promising.  Hopefully, this simple sugar can be an important ally in the war against antibiotic resistance – and against troublesome UTIs.

(NaturalHealth365)  Horsetail – a tall, shaggy weed that grows in wetlands and END_OF_DOCUMENT_TOKEN_TO_BE_REPLACED