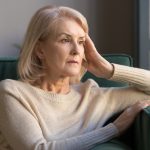 (NaturalHealth365)  Are “fast foods” really a “fast track” to depression?  For too many Americans, sipping sugary coffee for breakfast, downing a high-salt, fat-laden fast-food meal for lunch, and topping it all off with hours of sitting at a desk is “standard operating procedure.”  Now, scientists say that this unhealthy diet can be a recipe for mental distress – not to mention a heightened risk of heart disease, type 2 diabetes, and obesity.

The National Institute of Mental Health reports that an estimated 21 million American adults suffered from at least one bout with depression in 2020.  While the causes of depression are complex, recent research showcases the link between dietary habits and mental health.  In a 2019 study, researchers at the Binghamton University of New York concluded that a healthier, high-quality diet could reduce symptoms of depression.

Now, in a fascinating twist, a new study by the same team shows that this outcome applies more to one sex than the other – especially for people over 30.  Let’s take a closer look at the intriguing findings of both studies.

In a new randomized controlled study published last month in the Journal of Personalized Medicine, the investigators found that the connection between diet and depression is stronger in women than in men – particularly for adults over 30.  In other words, mature women suffered more mental distress than mature men due to unhealthy eating habits – particularly when these habits included a high intake of processed fast foods.

Women also displayed greater improvements in depression when their diets were enhanced with fruits, dark leafy greens, legumes, and fish.  While women appeared to be more sensitive to the impact of an unhealthy diet, men were by no means immune.  As with women, high consumption of fast food, coupled with a sedentary lifestyle, was linked with mental distress.

But that wasn’t all.  The study proved that regular exercise, when added to dietary improvements, can also help “flip the script” – easing depression and promoting a more positive outlook.

Exercise may help protect against depression arising from poor diet

Study leader Lina Begdache, an assistant professor of Health and Wellness Studies at the University of Binghamton, noted that making unwise dietary choices took a particular toll on mature women.  Regarding causing mental distress in this group, fast food, caffeine, high-glycemic foods, and skipping breakfast entirely topped the list of culprits.  The good news is that exercise can help ease the negative “mental fallout” from these choices, with the team reporting that at least 20 minutes of exercise per day improves mental well-being.

Why is exercise so helpful?  For one thing, physical activity supports the release of growth and neurotrophic factors associated with neuroplasticity, which simply means that exercise helps to improve cognitive function and mental well-being.  Other gifts conferred by exercise include improved circulation, reduced stress, and increased release of “feel-good” chemical messengers in the brain.  Clearly, regular exercise can help “buffer” the effects of unhealthy eating.

Of course, the ability to improve mood with diet is not limited to mature adults.  For example, a 2019 placebo-controlled Australian study published in the scientific journal PLOS demonstrated that young adults with depression and an unhealthy diet showed significantly fewer depressive symptoms – and enjoyed substantial improvements in mood – after eating a healthy diet for a mere three weeks.

The participants, all university students with moderate-to-high depression symptoms, normally consumed diets high in processed foods, sugar, and saturated fats.  However, making healthy changes in diet, such as eating more fruit, vegetables, fish, and olive oil, improved mood so substantially that many participants shifted into the “normal” range.

The team classified complex carbohydrates, amino acids, protein, and healthy fats, such as omega-3s, as “healthy food groups.”  Specifically, the scientists identified fruits, whole grains, fish, and dark green leafy vegetables – such as spinach and kale – as foods that cause increased well-being.  (For men, nuts, and fish, in particular, had the most “happy-making” results.  Regular exercise caused the improvement to be even more pronounced).

The issue of drinking caffeinated coffee was complex – and something of a question mark.  The researchers noted that women who consumed high levels of caffeine and did not exercise had more mental distress.  However, women who drank coffee and exercised reported working out longer.

For many, the connection between large amounts of heavily-processed fast food and increasing mental distress has always been obvious.  But, it is truly revealing to see the effects of “Un-happy Meals” so clearly documented.  So, here’s to better choices, healthier foods – and brighter moods.

(NaturalHealth365)  The typical Western diet is loaded with sugar, and this is END_OF_DOCUMENT_TOKEN_TO_BE_REPLACED