Tragic “side effect” of the COVID pandemic: Does anyone notice this? 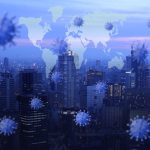 (NaturalHealth365)  The economic impact of the COVID-19 pandemic – particularly the COVID-19 mitigation measures such as lockdowns and unconstitutional COVID shot mandates – has been troubling to witness.  Job loss is rampant in the United States, and the rate of job growth, described by NPR as “anemic” in August, has been underwhelming, to say the least.

Now, thousands of hard-working Americans are about to be fired or barred from entry to public places, lest they give in to coercion and roll up their sleeves for a COVID injection.  Is medical segregation and discrimination really that easy to normalize … especially given how “effective” these shots actually are?

The darker side of the pandemic:  Communities suffer, individuals lose careers over their personal medical decisions

The advent of vaccine passports and mandates is a harbinger of corruption, critics say.  Just look at what is happening in places like Italy, where the heavily protested “Green Pass” is now mandated for all workers in the public and private sectors.

Certain places in America look just as grim. For example, as of November 1, nearly one-third of the New York police department who remain unjabbed face unpaid leave.  And entire NYC fire stations have had to temporarily close because so many firefighters are calling out sick in protest of the mandates.

These people are willing to work and serve their communities but are forced out by their state governments’ unconstitutional demands.  Demands, by the way, which aren’t even proven to stop the spread of COVID-19.

In September 2021, the European Journal of Epidemiology published a study tellingly entitled “Increases in COVID-19 are unrelated to levels of vaccination across 68 countries and 2947 counties in the United States.”

After compiling hoards of data, the study authors conclude that “there appears to be no discernable relationship between percentage of population fully vaccinated and new COVID-19 cases in the last 7 days … In fact, the trend line suggests a marginally positive association such that countries with higher percentage of population fully vaccinated have higher COVID-19 cases per 1 million people” (emphasis ours).

In other words, in some areas of the world, higher vaccination rates correlate with more COVID cases, not fewer.

The article also cites a troubling statistic from the U.S. Centers for Disease Control and Prevention (CDC) showing a dramatic increase in hospitalization and death rates among “fully vaxxed” individuals between January and May 2021 – from 0.01 to 9 percent and 0 to 15.1%, respectively.

Additionally, this article calls into question the so-called “effectiveness” of these mRNA COVID shots.

Science shows that the ability of these drugs to prevent a COVID infection dramatically declines within 6 months of administration.  The “immunity” from the shots isn’t as strong as natural immunity conferred by actual infection with SARS-CoV-2.  Plus, the real-world benefit of these drugs is far lower than clinical trial data suggests (to say nothing of the known and unknown risks of the drugs themselves).

For instance, the Israeli Ministry of Health found that 2 doses of the Pfizer shot were less than 40 percent “effective” at preventing COVID-19, compared to the 95 percent efficacy claimed in the Pfizer trial data.  And even that “95 percent efficacy” is highly misleading.

An April 2021 Lancet study pointed out that the 95 percent efficacy refers to relative risk reduction.  But this isn’t exactly a useful statistic for individuals trying to make personal medical decisions.  Why?  Because the absolute risk reduction of the Pfizer mRNA shot is 0.8 percent.  This means that getting a Pfizer shot only reduces your actual risk of getting COVID by less than one percent!

By the way, the absolute risk reductions for Moderna and Johnson & Johnson shots aren’t much better, at 1.2 percent each.  In other words: after getting the Pfizer, Moderna, or J&J jab, you’re still almost 99 percent just as likely to get COVID-19 as you were before the shot.

Yet these are the drugs being used to decide who gets to continue working and who doesn’t?  Depravity.

(NaturalHealth365)  If you avoided the jab – or at this point, the END_OF_DOCUMENT_TOKEN_TO_BE_REPLACED

(NaturalHealth365)  Has the world moved one step closer to the “Great Reset?” END_OF_DOCUMENT_TOKEN_TO_BE_REPLACED