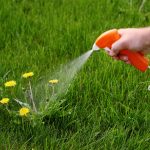 (NaturalHealth365)  The Chinese-owned agrochemical company – Syngenta – based in Switzerland, has been the subject of much scrutiny in recent years as the research has stacked up against it.  Numerous studies have found substantial links between its weed killer – paraquat – and Parkinson’s disease – enough so that the company is facing massive litigation in federal court as more than 600 lawsuits call the company to the carpet for being fully aware of the product’s dangers and marketing it anyway.

Syngenta is not the first chemical company sued for selling toxic products.  What’s happening in the agrochemical industry?  How many people have been harmed by these deadly products?

Just a few short years ago, another mega agro-company, Monsanto, was in the hot seat.  The invincible giant wasn’t so invincible; it seems after allegations were made that its glyphosate weed killer caused cancer, Monsanto actively hid those risks from the public.

Justice prevailed, and Monsanto lost.  And that loss was followed by multiple others, leading Bayer AG, owner of Monsanto, to pay a settlement of more than $11 billion for cancer claims.  And the legal battle still rages as Bayer juggles lawyers, angry public, and angry investors, as well as plans to remove Roundup and other glyphosate-based herbicides and products from the consumer market in the US.

Syngenta seems to be following Monsanto’s footsteps with its own weed killer that endangers human health.

With more than 600 lawsuits looming over Syngenta, top executives are being deposed, and some hard questions are being asked.  Some of the key players questioned include:

The attorneys representing the plaintiffs seem to think so as they ask hard-hitting questions like:

Many of the people suing the company developed Parkinson’s disease after working in environments where they were exposed to paraquat.  This includes ranches, schools, farms, and jobs for municipalities.

Parkinson’s Disease: A life sentence with no cure

What makes this all so devastating is the fact that Parkinson’s is currently incurable.  It attacks the nervous system, causing tremors, mobility problems, gait issues, and loss of balance.  These effects get increasingly worse as the disease progresses, and the victims are often severely debilitated until death.

Study after study has shown the link between Parkinson’s and paraquat, yet Syngenta continues to deny those claims.  The almighty dollar may be a little more valuable than human life for this company.

(NaturalHealth365)  The typical Western diet is loaded with sugar, and this is END_OF_DOCUMENT_TOKEN_TO_BE_REPLACED