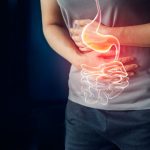 (NaturalHealth365) The Western diet is continually under attack.  In 2004, Morgan Spurlock examined the damaging health effects of fast food in the documentary “Super Size Me.”  Today, almost 20 years later, President Biden is the bogeyman who threatened the West’s way of life when The Daily Mail ran a false story (since retracted) claiming the president – in his fight against climate change – would allow Americans just one burger a month.

If the War on Burgers has taught us one thing, it’s this: no matter how much bad publicity the Western diet gets, many people would rather eat a diet high in red meat, fat, salt, and sugar – all of which have been linked to serious health issues – than have the “Hamburglar” steal their right to beef.  Nevertheless, Big Meat is under fire again.  Using a mouse model, a team of scientists at Georgia State University in Atlanta speculated that the colons of people who eat a Western-style diet might be more prone to colonization with foodborne bacteria, such as pathogenic strains of E. coli.

According to Ian Myles, from the U.S. National Institute of Allergy and Infectious Disease, “the biggest features of a Western diet are overconsumption of over-refined sugars, highly refined and saturated fats, animal protein and a reduced intake of plant-based fibers.”

Over the years, studies have linked the Western diet to heart disease, colon cancer, liver damage, and an increased risk of Alzheimer’s.  Its connection to chronic gut infection is just starting to be better understood.

Gut microbes play a crucial role in the health and well-being of the gut and the whole body; these microbes are connected with the control of the immune system, which controls inflammation.  Long story short: the Western diet causes the good bacteria in the gut to get pushed out, leaving you exposed to bad bacteria.

TRUTH: The Western diet is destroying our microbiome one meal at a time

Twenty-five years ago, the average American consumed roughly 1,850 calories a day.  Since then, our daily diet has grown by 304 calories.  The additional calories are enough to add an extra 31 pounds to a person every year.  It’s no surprise then that the Centers for Disease Control and Prevention (CDC) reports that 68% of all Americans are considered overweight or obese.

The health of gut bacteria lives in the shadow of these show-stopping statistics, but the gut is more complex than previously thought, and the health of the “second brain” affects our overall wellbeing.

As summer approaches, nobody is suggesting you should “throw back a plant-based beer with your grilled Brussels sprouts.”  Nor is anyone going to take you to task for “meatposting” on Instagram.  Still, there are steps you can take to improve gut health.

(NaturalHealth365)  If you need yet another reason to eat your veggies, here’s END_OF_DOCUMENT_TOKEN_TO_BE_REPLACED

(NaturalHealth365)  Research over the past decade has shown, without a doubt, that END_OF_DOCUMENT_TOKEN_TO_BE_REPLACED