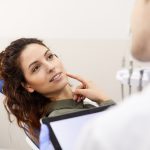 (NaturalHealth365)  When a person is identified as having “deep pockets,” the connotation is that they are undeniably wealthy.  Most people would consider this a good thing.  But, when it comes to gum health, “deep pockets” are not an asset.  In fact, they are the last thing anybody wants.

Gum pockets, also known as periodontal pockets, are spaces around the teeth and below the gum line that harbor plaque and bacteria.  These hard-to-reach gum pockets, if untreated, may progress to gum disease and even cause tooth loss and bone erosion.  The good news: a recent review of clinical studies published in the Iranian Journal of Basic Medical Sciences supports the ability of natural substances to protect gums by soothing inflammation and decreasing plaque.  Read on for four different types of mouthwash that support gum health and strong teeth.

Aloe vera, botanically known as Aloe barbadensis, is prized in natural healing for its potent antioxidant, antibacterial and anti-inflammatory qualities.  These properties also make it valuable for promoting gum health.  In one double-blind, randomized clinical study – “the gold standard” of medical research – scientists found that daily rinsing with 15 ml of aloe solution for three months improved gum health by significantly decreasing dental plaque and reducing bleeding from gum pockets.  (The improvements to gum health were even more pronounced when cleaning procedures such as scaling and root planing were performed.)

In another eye-opening study, aloe was shown to be as effective as the commercial product Sensodyne in improving plaque and symptoms of inflammation.  Finally, researchers say aloe vera can inhibit the S. mutans bacteria, a common pathogen that contributes to gum disease and tooth decay.  These findings clearly point to aloe vera’s ability to support gum health.

Basil, a garden herb and cooking spice that lends a fresh, lively taste to recipes, is no “one-trick pony.” In addition to improving the flavor of food, it can promote the health of your gums.  The volatile oil from its leaves contains eugenol, an aromatic compound with pain-killing and antibacterial qualities used in commercial dentistry.  Eugenol also appears in clove oil.

In addition, basil is rich in rosmarinic acid, a powerful antioxidant also found in rosemary.  According to the new review, a study involving 108 participants showed that using a basil rinse for 30 days worked about as well as chlorhexidine, a standard mouthwash, in easing gum inflammation.  You can make a basil mouthwash by steeping a tablespoonful or two of chopped basil leaves in boiling water for 20 minutes.  Then simply strain and allow the mixture to cool.

Botanically known as Matricaria chamomilla, chamomile tea has long been treasured by natural healers for its ability to ease nausea, indigestion, and headaches.  Researchers think that chamomile probably owes much of its therapeutic powers to its high concentration of an antioxidant known as apigenin – and they report that chamomile appears to support gum health with its antimicrobial and anti-inflammatory properties.

In one study, a mouthwash prepared with chamomile extract was as effective as chlorhexidine in reducing visible plaque.  And in research published in the Journal of Oral Science, rinsing twice a day with a chamomile 1 percent mouthwash immediately after brushing reduced plaque in patients with gingivitis, a mild form of gum disease.  So the next time you brew a cup of soothing chamomile tea, why not prepare some extra for use as a natural mouthwash?

Naturally, before trying these herbal solutions for gum health, check first with your trusted biological dentist.

While these everyday actions aren’t exactly glamorous, the results – pink, healthy gums, and whiter teeth – just might make you smile.

(NaturalHealth365)  Horsetail – a tall, shaggy weed that grows in wetlands and END_OF_DOCUMENT_TOKEN_TO_BE_REPLACED

(NaturalHealth365)  Menopause is a natural part of getting older, signaling the end END_OF_DOCUMENT_TOKEN_TO_BE_REPLACED

(NaturalHealth365)  According to the American Association of Endodontists, more than 25 million END_OF_DOCUMENT_TOKEN_TO_BE_REPLACED