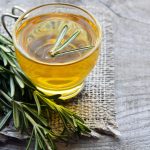 (NaturalHealth365)  Roughly a quarter of all adults in the United States – 58.5 million people – are affected by arthritis, a potentially debilitating condition that can jeopardize physical, emotional, and financial health.  For example, over 8 million working-age adults declare that their ability to work is limited by arthritis.  In addition, the sheer cost of the disease is staggering, with the Centers for Disease Control reporting that arthritis currently costs the country an astounding $303.5 billion a year.

While mainstream medicine may attempt to address arthritis with non-steroidal anti-inflammatory drugs, these can feature a range of toxic side effects – especially when used long-term.  However, a common cooking seasoning may offer a ray of hope.  Recent research has showcased the ability of compounds found in rosemary to suppress the inflammation that triggers arthritis.  Let’s see how this fragrant, flavorful herb accomplishes this feat and provides arthritis relief.

Experts say that inflammation is a protective response against injury, pathogens, and toxins – and is a normal part of the healing process.  However, when inflammation becomes excessive and chronic (usually the result of an abnormal immune response) disease can result.  In inflammatory diseases – such as arthritis, inflammatory bowel disease, asthma, periodontitis, fatty liver disease, and type 2 diabetes – immune cells known as macrophages and T-lymphocytes produce excessive amounts of inflammatory enzymes, including cyclooxygenase (COX) and 5-lipoxygenase (5-LOX).  In fact, it is COX and 5-LOX, among other enzymes, that produce the redness, pain, swelling, and loss of function that characterize arthritis.

In a new scientific review published in Frontiers in Pharmacology, the researchers evaluated dozens of test tube, animal, and human studies to assess the potential of rosmarinic acid in rosemary to reduce inflammation and pain from arthritis.  They examined the compound’s effect on the two most common forms of arthritis: osteoarthritis – a degenerative disease of the cartilage – and rheumatoid arthritis, classified as a chronic inflammatory autoimmune disease.

The findings were promising.  Rosmarinic acid appeared to not only alleviate symptoms but also slow down cartilage degeneration.  In one clinical study, participants with osteoarthritis who drank a tea rich in rosmarinic acid every day for 16 weeks significantly improved stiffness and physical disability.  Rosmarinic acid also caused apoptosis, or cell suicide, in potentially disease-causing T-cells in patients with rheumatoid arthritis.  And, in a 2021 animal study published in BMC Complementary Medicine and Therapies, researchers concluded that a nanoemulsion of rosemary and peppermint essential oils reduced osteoarthritis pain.  The scientists noted that the emulsion appeared to increase antioxidant capacity, meaning it increased the scavenging of disease-causing free radicals.  (In addition to rosmarinic acid, rosemary contains the potent antioxidants carnosic acid, carnisol, hesperidin, and cineole.  It has also been shown to elevate levels of superoxide dismutase and glutathione, important antioxidants produced in the body).

Atopic dermatitis, also known as atopic eczema, is an inflammatory skin disease that causes lesions, itching, swelling, and redness, along with thickening, flaking skin.  When the review authors looked at studies evaluating rosmarinic acid against atopic dermatitis, they found that it interfered with the production of an inflammatory compound known as interleukin, thereby inhibiting the development of lesions and thickening of the skin.

While the bulk of the research was performed on animals, several human studies supported the promising findings.  In a study published in the Journal of Dermatology, patients with atopic dermatitis were treated with a topical application of a 3 percent rosmarinic acid emulsion twice a day for eight weeks.  Participants experienced significant reductions in itchiness and dry skin.  Noting that the intervention caused no dermal irritation, the researchers praised rosmarinic acid as a potential treatment for eczema.

Studies have shown that rosemary’s therapeutic compounds can offer arthritis relief, using multiple mechanisms to help improve cough, wheezing, and production of sputum in asthmatic patients.  For example, rosmarinic acid inhibits airway inflammation, regulates the synthesis and secretion of pro-inflammatory mediators, and decreases the number of total inflammatory cells and eosinophils in the lungs.  These promising findings prompted scientists to “strongly support” the potential use of rosmarinic acid as an anti-inflammatory drug for the treatment of asthma.  With asthma currently affecting over 7 and 8 percent of all Americans, the use of safe, natural rosemary extracts as an intervention certainly deserves further study!

You can access the benefits of rosemary and support joint health by using the fresh or dried herb in recipes for chicken, fish, beef, soups, and stews.  For a savory tea that may help soothe achy joints, steep one teaspoon of dried rosemary in eight ounces of water for five minutes.  Flavor with lemon or honey, if desired.  Natural health experts advise drinking one or two cups daily.

Rosemary essential oil may be applied topically to the affected area, after being diluted with a carrier oil such as olive oil.  However, essential oils should not be ingested.

Rosemary extracts are also available – but check with your integrative doctor before supplementing.  While rosemary is considered generally safe in quantities normally found in food, excessive amounts can cause upset stomach, vomiting, and changes in blood pressure.

For centuries, rosemary has been prized by herbal healers for its ability to reduce inflammation and pain.  The use of this trusted herb for arthritis relief is a technique that is not only time-honored but evidence-based as well.

(NaturalHealth365)  Saffron is one of the world’s most exotic and expensive spices.  END_OF_DOCUMENT_TOKEN_TO_BE_REPLACED

(NaturalHealth365)  If you experience chronic feelings of malaise and fatigue, a weak END_OF_DOCUMENT_TOKEN_TO_BE_REPLACED

(NaturalHealth365)  As days go by, more and more people come to realize END_OF_DOCUMENT_TOKEN_TO_BE_REPLACED