NEW STUDY: Reduce your risk of heart disease and stroke by making THIS common-sense diet change 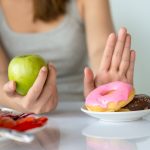 (NaturalHealth365)  Heart disease is responsible for 655,000 deaths a year, making it the leading cause of mortality in the United States.  (And, close to 50 percent of all American adults suffer from some form of heart disease.)  But, that’s not the only disturbing statistic.  With a shocking 40 percent of the adults in the United States classified as medically obese, and almost half of all American adults affected by diabetes or prediabetes, the overall picture is a population plagued by ill health and chronic disease.

And, while many factors contribute to this grim reality, experts agree on a primary culprit – the excessive consumption of processed, sugary foods and drinks.  Now, new research published in Circulation, the journal of the American Heart Association, reveals just how many lives could be saved by reducing added sugars in packaged foods and beverages.  (Fasten your seat belt – this figure may astonish you).

The microsimulation study, which was conducted by researchers at Massachusetts State Hospital, the Friedman School of Nutrition and Policy at Tufts University, The Harvard T.H. Chan School of Public Health, and the New York City Department of Health and Mental Hygiene, sought to evaluate the potential impact of the U.S. National Salt and Sugar Reduction Initiative.  This 2018 initiative involved sugar-reduction targets for packaged foods and beverages in 15 categories to gradually persuade manufacturers to reformulate their sugary products.

And the results were stunning.  Researchers reported that cutting sugar – by 20 percent in packaged foods and 40 percent in sugary beverages – could prevent two and a half million cardiovascular disease events, including strokes, heart attacks, and cardiac arrests!  In addition, it could prevent 490,000 – close to half a million – cardiovascular deaths, along with three-quarters of a million cases of diabetes over the lifetime of the adult population.

The economic benefits are eye-opening, as well.  Within ten years of the policy going into effect, the model forecasts that the U.S. could save $4.28 billion in total healthcare costs and a staggering $118.04 billion over the lifetime of the current American adult population.  Americans would gain over six and a half million quality-adjusted life years, the scientists added.  The most significant health benefits would be seen in black, Hispanic, and lower-income and less-educated adults, who suffer disproportionately from sugar-related chronic diseases.

“We hope that this study will help push the reformulation initiative forward in the next few years,” declared lead author Siyi Shangguan, M.D., M.P.H., attending physician at M.G.U.

Encouragingly, paring down amounts of added sugars in foods isn’t an all-or-nothing proposition.  On the contrary, the team noted that even partial industry compliance could yield substantial health and economic gains.

A diet loaded with added sugars has deadly consequences

Sugar occurs naturally in all foods containing carbohydrates – including whole grains, dairy, fruits, and vegetables.  However, according to researchers at Harvard Medical School, whole foods that contain natural sugars (those not added during manufacturing or processing) are not harmful.  In addition, the researchers point out that a diet high in fruits, vegetables, and whole grains has been shown to reduce the risk of heart disease, diabetes, and even some cancers.  (And, of course, these foods also contribute protein, fiber, essential vitamins and minerals, and numerous disease-fighting antioxidants).

Added sugars, however, are another story.  Unfortunately, they are abundant in the Standard American Diet – particularly in soft drinks, fruit drinks, flavored yogurts, cookies, cakes, and candies.  Added sugars even lurk unexpectedly in foods such as ketchup and lunch meats – with the result that the average adult takes in a whopping 24 teaspoons of added sugars a day.

The toll from excessive sugar can be severe.

WAKE UP: The higher the sugar intake, the greater the risk of heart disease and diabetes

In a 15-year study published in 2014 in JAMA Internal Medicine, people who obtained 17 percent to 21 percent of their daily calories from added sugars had a 38 percent higher risk of dying from cardiovascular disease than those who only consumed 8 percent of their calories from added sugars.  More elevated sugar can lead to a greater accumulation of fat, which triggers fatty liver disease and promotes insulin resistance, spurring abnormal insulin production in the pancreas and raising the risk of type 2 diabetes.  (In fact, studies have shown that people who regularly drink sugary beverages have a 25 percent greater risk of diabetes.)

In addition to contributing to tooth decay, excessive sugar also raises blood pressure and increases chronic inflammation, both of which are risk factors for heart disease.

The World Health Organization recommends getting no more than 10 percent of your daily calories from added sugars.  Eliminate or sharply reduce the use of refined sugar and syrupy commercial creamers in coffee and tea – and avoid sugar-laden sodas, sports, and energy drinks.  (Studies have shown that these beverages account for 42 percent of average added sugar intake).  Tip: opt for filtered water with a dash of lemon or lime.  If you feel you must use sweetener, natural health experts advise stevia as the best alternative.

It’s also wise to scan labels, as sugar sneaks into processed foods under a variety of different names.  Ingredients such as corn sweetener, high-fructose corn syrup, invert sugar, malt sugar, fructose, glucose, lactose, maltose, and sucrose are all tip-offs to the presence of added sugars.

Adhering to a Mediterranean diet – featuring healthy fats found in nuts and olive oil, whole grains, plenty of fresh fruits and vegetables, modest amounts of dairy and lean protein, and antioxidant spices – is an excellent way to increase dietary intake of whole foods and decrease sugar.  (Of course, if you have diabetes, heart disease, or another medical condition, you should seek the guidance of a qualified integrative physician or health coach).

Sugar reduction is a simple, common-sense technique that may dramatically improve health.  In fact, according to the researchers on the latest study, it could theoretically save your life – making it a virtual “no-brainer.”

(NaturalHealth365)  Organic produce sales are booming around the world.  Of course, by END_OF_DOCUMENT_TOKEN_TO_BE_REPLACED

(NaturalHealth365)  How many vibrant green superfoods do you consume daily?  If it’s END_OF_DOCUMENT_TOKEN_TO_BE_REPLACED

(NaturalHealth365)  For many people, eating cranberries is a sort of “one-off.”  A END_OF_DOCUMENT_TOKEN_TO_BE_REPLACED