ALERT: Forced quarantine for New Yorkers back on the table, as Governor plans to appeal recent court ruling 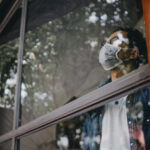 (NaturalHealth365)  The mainstream media, public health officials, and MD influencers relentlessly demonize people who believe in bodily autonomy, conflating the call for medical freedom with the pejorative “anti-vax” ideology (imagine that: having questions about a drug or making different choices for your body somehow makes you worthy of being ostracized from society!).  Yet despite these sinister efforts, those who support the right NOT to be coerced into medical treatment or forced, without due process, into indefinite medical detention recently experienced important success in New York.

Unfortunately, that success may already be under threat by the Empire State’s governor.

Earlier this month, we joined other outlets in sounding the alarm over Draconian COVID-19 quarantine regulations that were being pushed forth by New York Governor Kathleen Hochul and her administration.

In short, the governor and the New York Department of Health were trying to secure the power to force people into isolation indefinitely – up to and including relocation to state-run quarantine detention camps – even if individuals were only suspected of having COVID-19.  The insane legislative attempt to exert even MORE control over the lives of “free” New York residents reeks of just another cog in the mass-vax, Daddy-government wheel that global elites have been spinning furiously since the start of the pandemic.

One implication we can derive from such proposed legislation, of course, is that if New Yorkers “do their part” and keep getting vaxxed, then they’ll protect themselves and others from SARS-CoV-2 and won’t have to worry about quarantine – which, as we know now is completely false since these COVID shots don’t stop SARS-CoV-2 transmission nor prevent infection.  So, even people who, in good faith, took these gene jabs to avoid illness could still end up sick and still be forced into detention centers … that is, if Governor Hochul had gotten her way.

But – and with no small thanks to the hard work of lawyer Bobbie Ann Cox and her legal team, who filed a lawsuit against Hochul and her cronies back in April – the attempted overreach by the New York government has been struck down.

Hochul’s proposed update to the New York Codes, Rules, and Regulations, known as 10 NYCRR 2.13 or simply “Rule 2.13”, was determined by Judge Ronald Ploetz of the State Supreme Court of Cattaraugus County to be “violative of New York State law as promulgated and enacted, and therefore null, void and unenforceable as a matter of law.”

He added, “Involuntary quarantine may have far-reaching consequences such as loss of income (or employment) and isolation from family.  This goes beyond the public health law governing these types of orders that was already on the books before the pandemic.”

Many other state lawmakers agree.  Speaking in front of the New York State Capitol, state Senator George Borrello condemned “the absolute breakdown of the separation of powers here in New York State” that occurred during the pandemic and said that many of his colleagues “were willing accomplices … creating a dictatorship in the name of public health and safety.”

Hochul plans to appeal, but here is how you can help

Despite the Supreme Court ruling in favor of basic American liberties, Governor Hochul is not backing down.

She and her team are reportedly planning to appeal the decision.  Meanwhile, lawyers and medical rights advocates alike are rightly worried that should Rule 2.13 ultimately be allowed, the precedent it will set for the rest of the country will be an extremely dangerous one.

To stay current on the latest developments of this story, and to support Bobbie Anne Cox, Esq. and New York state lawmakers, be sure to visit UnitingNYS.com.

(NaturalHealth365)  The Wall Street Journal (WSJ), an organization that reports the news, END_OF_DOCUMENT_TOKEN_TO_BE_REPLACED