THIS sugar-alternative may lead the charge against deadly antibiotic resistance 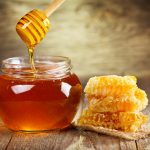 (NaturalHealth365) Every year, at least 2.8 million Americans develop an antibiotic-resistant infection – and more than 35,000 of them lose their lives.  Scientists warn that certain bacteria have become resistant to existing antimicrobial treatments, causing common infections to become difficult – or even impossible – to treat.  This frightening situation has led the U.S. Centers for Disease Control and Prevention (CDC) to label antibiotic resistance as one of the biggest public health challenges of our time – and has triggered a scramble among researchers to develop alternative antimicrobial strategies.

Now, it appears that an ordinary nutrient and sweetener could hold the key.  A 2020 review published in Antibiotics sheds new light on the antibacterial properties of honey and proposes it as an effective alternative therapy against multidrug-resistant bacteria.  Let’s take a look at how honey combats disease-causing microbes.

Researchers say that no single ingredient can account for the remarkable antibacterial properties of honey.  Rather, dozens of compounds work synergistically, each increasing the power of the others.

For example, honey contains over 30 organic acids, including acetic, butyric, and gluconic acids.  The resultant acidity and low pH create an unfavorable environment for microbial growth right from the start.  Various polyphenols and flavonoids also contribute to antimicrobial effects.  In addition, honey’s high sugar and low water content create osmotic pressure and stress on microorganisms.  Honey also produces hydrogen peroxide – a powerful antibacterial agent in its own right – and contains a compound known as methylglyoxal (MGO).  The main antibacterial compound in Manuka honey, MGO is considered one of the most effective pathogen-destroying constituents of honey.

According to the review’s authors, honey can inhibit a wide variety of pathogens, including E. coli, multidrug-resistant P. aeruginosa, and methicillin-resistant staphylococcus aureus (MRSA).  Promisingly, honey even works against vancomycin-resistant S. aureus – currently, one of the foremost pathogens to infect chronic wounds.

And, it wasn’t only in test tubes that honey displayed its powers.  The team cited a case in which Manuka honey promoted effective wound healing against a leg ulcer colonized by MRSA.

Honey has also been shown to act against biofilms, layered communities of bacteria that are notoriously difficult to dislodge and treat.  “Honey is effective in disturbing the biofilm strengthening in both drug-sensitive and drug-resistant bacteria,” the authors declared.  In addition to helping prevent communities of bacterial species from forming in the first place, honey significantly inhibits the metabolic activity of existing biofilms.

By the way, research suggests that bacteria do not become resistant to honey.  Honey’s hundreds of compounds, all working synergistically, make the development of “honey-resistance” difficult, if not impossible.

In one 2011 review, the authors evaluated 26 different studies and concluded that for mild to moderate superficial and partial thickness burns, honey was more effective than conventional treatment for reducing microbial colonization and speeding healing.

Now, a decade later, even more research on honey’s therapeutic effects has accumulated.

Honey is currently acknowledged as an effective treatment for diabetic foot ulcers (serious complications of diabetes that can lead to amputation).  In fact, in one study published in International Wound Journal, Manuka honey-infused dressings healed an impressive 97 percent of patients’ diabetic ulcers – and accomplished this more speedily and effectively than conventional dressings!

Some natural health experts advise using medical-grade honey on inflammatory skin conditions such as psoriasis and eczema.  Naturally, you should consult your own integrative doctor before using topical honey to treat skin disorders or any other condition.  Keep in mind that the review authors stressed that honey used for medical purposes must be free of pesticides, heavy metals, and spores – and guaranteed in its antibacterial efficacy and safety for patients.

Of course, you can also obtain health benefits from honey merely by eating it.

Studies have shown that honey has powerful antioxidant and anti-inflammatory qualities. In fact, in two separate studies, buckwheat honey was found to significantly boost the body’s antioxidant capabilities. Honey may also lower blood pressure, reduce harmful LDL cholesterol and decrease fats in the blood while raising levels of beneficial HDL cholesterol. Surprisingly, some studies show that honey can even play a role in promoting weight loss.

When consumed in modest amounts, honey can be a part of a healthy diet, particularly when used as an alternative to white sugar.  (If you have prediabetes or diabetes, you should seek guidance from your nutritionist or physician.)

Many natural health experts advise Manuka honey as the most therapeutic, but other varieties have been shown to benefit health as well.  Because of honey’s content of calories and sugars, daily amounts should not exceed two tablespoons for women and three for men.

In general: the darker the honey, the more polyphenols it contains – and the higher the antioxidant value.

As researchers work towards more effective ways of fighting the growing threat of antibiotic resistance, there is little doubt that honey will play an important role.

(NaturalHealth365)  Research over the past decade has shown, without a doubt, that END_OF_DOCUMENT_TOKEN_TO_BE_REPLACED