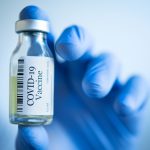 (NaturalHealth365) According to the latest statistics, just under 30 percent of the United States population (or about 94.8 million people) have now received their full doses of the experimental COVID injections, including the Pfizer COVID shot.  Yet as mainstream media, social media influencers, and even private companies continue to try to get people to line up for the jab, concerning reports of post-shot paralysis and other health problems continue to trickle into the headlines.

These health problems (those that are being reported, at least) must be thoroughly investigated before we can know for sure what’s causing them.  But they inspire some important questions.  For instance: millions of Americans are skipping their second Pfizer or Moderna shots – could this have anything to do with the understandable concerns over this experimental drug, instead of just “misinformation” or scheduling conflicts as some media outlets will claim?  Could the fact that there’s more supply than “demand” for these drugs have anything to do with the alarming reports of adverse events?  And is the so-called “hesitancy” over these experimental drugs really all that hard to believe, given what we hear about these injections?

News outlets scramble to do damage control in response to reports of paralysis, stroke, shingles occurring within hours of COVID shot

Right now, millions of doses of Pfizer and Moderna shots have already been administered to people throughout the world.  In the United States, the COVID shot from Johnson and Johnson should also be back in syringes soon, after the U.S. Food and Drug Administration (FDA) lifted a short-lived pause on the drug.  But to the chagrin of pharmaceutical companies and public health officials, the rollout of these experimental drugs has been marred by concerning reports of serious and, in some cases, deadly health problems occurring in previously well, newly-jabbed people.

According to reports shared by Children’s Health Defense, one 33-year-old woman in Pennsylvania reportedly woke up paralyzed from the neck down on the morning after getting shot with Pfizer.  Another 43-year-old man from Mississippi suffered a stroke just hours after getting his J&J shot.  And in what critics say is a bold example of gaslighting, the medical examiners investigating the tragic death of a doctor in Florida concluded that the healthy man died of “natural causes” following his Pfizer shot and that a link to the shot is unknown.

Back in January, the healthy 56-year-old Miami Beach doctor, Dr. Gregory Michael, famously fell ill with immune thrombocytopenia (ITP) after getting his first Pfizer shot; he died two weeks later.  ITP is a blood disorder in which the immune system attacks a person’s own platelets.  Thrombocytopenia was also experienced by the young women who received a J&J shot (in addition to blood clots) which prompted the experimental drug’s temporary ban.

Another recent study published in Rheumatology found that an outbreak of shingles (herpes zoster infection) occurred in 1.2% of patients within 14 days of their first or second Pfizer shot.  The risk of shingles appeared greater among people with autoimmune inflammatory rheumatic diseases.

Shingles is a painful and sometimes dangerous skin rash that occurs when the virus that causes chickenpox becomes reactivated after staying dormant for years within the brain and spinal nerves.  According to the Centers for Disease Control and Prevention, shingles is incredibly common and will affect about one-third of the U.S. population.  However, the fact that these outbreaks occurred so soon after the COVID shots prompted the authors of the study to note that “studies on the safety of the mRNA-based COVID-19 [injections] in patients with [autoimmune inflammatory rheumatic diseases] are needed” and that currently, the safety of such drugs is “unknown.”

In case you were wondering, here are known health problems linked to already-existing, FDA-approved shots

Most media reports on these post-shot adverse effects are VERY quick to downplay them, saying there is no proven link between the health problems and the jabs.  But while we need further investigation of all these reports, we do think it’s worthwhile to remember that plenty of other shots — all of which are actually FDA-approved — are known to cause tremendously harmful effects in some people.

For example, here are just a few of the adverse events associated with the seasonal flu shot, Fluzone Quadrivalent, according to the drug’s packet insert:

Now, even in the package insert itself, the FDA appears to downplay these reactions by stating, “it is not always possible to reliably estimate their frequency or establish a causal relationship to vaccine exposure.”  Yet later on in the exact same paragraph, the FDA says that they included these adverse effects in the packet insert “based on one or more of the following factors: severity, frequency of reporting, or strength of evidence for a causal relationship.”