Are mRNA COVID shots to blame for recent surge in childhood infections? 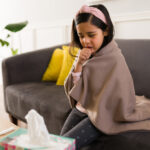 (NaturalHealth365)  Turn on the nightly news, and you’ll hear about the rise of respiratory syncytial virus (RSV) and other infections in our youngsters.  Now that children are back at school after spending part or all of the previous two years learning from home, respiratory infections are skyrocketing.  The question begs: are mRNA shots the underlying cause of the spike in childhood infections?

Just recently, previously censored physicians and other medical professionals announced that mRNA COVID shots might be decimating the human immune system.  In particular, the underdeveloped immune systems of children are failing.

What’s the real cause of spike in respiratory infections?

Respiratory infections in kids are soaring as the winter begins, possibly due to the widespread push to inject our kids with Big Pharma’s mRNA jab.  Aside from RSV, kids across the country are coming down with the flu, rhinoviruses, and other infections.

Those who understand human biology and the real impact of mRNA shots are beginning to connect the dots.  Day by day, more and more people are questioning whether the mRNA shots cause the gradual destruction of the human immune system.

It wasn’t long ago when the masses were told that the mRNA jab for COVID would be the sole vax necessary for a healthy body and safe participation in society.  Now that we are three years into the pandemic, Moderna and other Big Pharma power players are hard at work developing yet another mRNA shot, this time for RSV.

If everything goes as planned, the new shot will be released in the year ahead.  Making matters even scarier is that Big Pharma is hard at work creating a combination of the mRNA vax for the trifecta of coronavirus, flu, and RSV.

Let’s rewind to the introduction of the COVID vax nearly three years ago.  Those who paid close attention to alternative media sources, including less-publicized stories posted by freedom fighters on social media, learned about the harmful effect of the jab on the human immune system.  However, such “fringe” physicians spreading the truth have been largely silenced as we have progressed through three years of the pandemic.

Conduct your own research, and you’ll find ample evidence showing that the mRNA shots gradually compromise the immune system.  Moreover, it is becoming increasingly clear that the injections cause terrible health issues, making the vaxxed that much more vulnerable to potentially endless infections.

The COVID jab triggers what those in the medical community refer to as “immune suppression, ” which heightens vulnerability to chronic disease and infections.  The shot thwarts immune system functionality through the suppression of Type 1 interferon.  Furthermore, subsequent injections worsen adverse effects all the more.  In plain terms, the more injections people receive, the greater the chances of a negative health outcome.

Battle against Big Pharma starts with you

It is not enough to proceed with caution and skepticism in an uncertain future.  We must fight back against Big Pharma’s push to inject the masses with mRNA shots containing nano-technology that harms the immune system.  Speak out about how you feel, share these articles with family/friends and get locally involved in the political system.  No doubt, we need stronger leaders … starting at the local level to change the way our society functions.

In addition, let’s not forget the obvious: the human body is a technological marvel in itself.  The body’s natural, not compromised, immune system can fend off coronavirus, RSV, and other supposed threats without interference from Big Pharma mRNA technology.

(NaturalHealth365)  The Wall Street Journal (WSJ), an organization that reports the news, END_OF_DOCUMENT_TOKEN_TO_BE_REPLACED