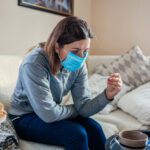 (NaturalHealth365)  Remember when research in places like the United Kingdom, Canada, and Denmark showed that the COVID shots from Pfizer and Moderna actually had negative efficacy?  Negative efficacy means that, according to real-world data, there is a HIGHER rate of SARS-CoV-2 infection in vaxxed individuals compared to unvaxxed, at least in certain populations or at certain times post-injection.  In other words, it’s bad enough that these mRNA shots don’t significantly stop transmission – now it turns out that getting double, triple, or quadruple-dosed could actually make you MORE likely to get sick.

Some researchers have tried to explain away this observed negative efficacy of the mRNA COVID shots through things like selection bias or higher rates of contact among vaxxed individuals (the latter of which makes absolutely no sense when you think about it – because how then could one possibly justify vax passports as a way to “protect” people?).  But a recent article points to a more sobering cause: vax-induced immune system damage.

An article recently posted to Exposé News claims that Pfizer’s own data on its “new” bivalent COVID shot proves that their older version of the mRNA booster jab actually harms the immune system.  The Exposé analysis states that Pfizer officials were “so keen to show the world how effective their new shots were, that they overlooked the fact that their data also proved how anti-effective their old shots were.”

Here’s what the Exposé found in its analysis of Pfizer data (be sure to look at the tables in the Exposé article (link below) to help understand the argument):

On average, the amount of Omicron antibodies circulating in a person’s body just 30 days after taking the old version of the Pfizer booster shot decreased by 44% – that’s nearly HALF the number of antibodies that were present before the person took the booster.

Based on the analysis – and based on the assumption that decreasing antibody levels suggests a blunted immune response – this indicates that “most Pfizer vaccinations taken by the majority of humans on the planet prior to September 2022, have systematically destroyed their immune response at an initial rate greater than 1% per day (44% in 30 days).”  And that’s just at day 30 – we don’t have enough published data to help us understand the rate of decline that would continue at days 60, 90, and beyond.

If the first round of COVID booster shots were so ineffective and perhaps downright harmful to the immune system, can we have any more faith in these newer Pfizer booster shots coming soon to a pharmacy near you?

The “newer” booster shots are, of course, Pfizer’s bivalent jab, which “contains 15-µg of mRNA encoding the wild-type spike protein of SARS-CoV-2, which is present in the Original Pfizer-BioNTech COVID-19 Vaccine, and 15-µg of mRNA encoding the spike protein of the Omicron | BA.4/BA.5 subvariants.”  But even Dr. Anthony Fauci recently admitted in an interview that there is no time to properly finish the clinical trials of these bivalent boosters.

As confusing and murky as some of this clinical data is, we have plenty of other real-world evidence showing that the risk of these shots outweighs the potential reward, at least for a significant number of people.

Consider one recent risk-benefit analysis conducted by a team of researchers from Harvard, Johns Hopkins, Oxford, Edinburgh, California.  The researchers used “CDC and sponsor-reported adverse event data” to determine that there would be “18 to 98 serious adverse events” for every one hospitalization prevented.

In other words: to prevent one person from being sent to the hospital with COVID-19, nearly 100 people would have to suffer serious adverse events.  Based on their study (available as a preprint), the researchers conclude that “booster mandates may cause a net expected harm” (emphasis ours).

Does that sound like a worthwhile risk-benefit ratio to you?

(NaturalHealth365)  First, it was menstrual problems, and now, it’s current and future END_OF_DOCUMENT_TOKEN_TO_BE_REPLACED