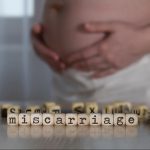 (NaturalHealth365)  According to Mayo Clinic, 10 to 20 percent of known pregnancies end in miscarriage.  Unfortunately, some fertility clinics in the United States have seen a whopping increase in miscarriage and birth defects rates since the COVID shot rollout began.

In addition, real-world data cited in a New England Journal of Medicine paper reveals some ALARMING pregnancy loss rates in women post-jab – but unless you pay close attention to the way the data is presented, you would never know.

As reported by the UK’s Daily Expose and entrepreneur Steve Kirsch, in-vitro fertilization (IVF) clinics in the United States have seen an alarming trend: huge increases in miscarriages and birth defects since the general public has begun taking the COVID shot.

Recently, a public health report by a group called Health Independence Alliance reported that just one large IVF clinic in Utah saw an absolute increase in miscarriages from 28% to 40% between March and May 2021 – that’s a relative increase of 43% compared to the same period the year before.

IVF clinics are also reportedly seeing embryos for transfer containing unusually large numbers of contaminants, as well as other problems.

To be clear, the true link between these negative pregnancy outcomes and the COVID shot has yet to be definitively proven – and it seems unlikely a proper link will ever be established if news outlets refuse to investigate this alarming trend appropriately.

No one denies that miscarriages happen, with or without the jab.  As mentioned, the national baseline rate of miscarriage among known pregnancies is about 15%.

The question is: would you, as a pregnant woman, be willing to deal with the guilt if you agreed to take an experimental shot while pregnant, suffered a miscarriage, and then spent the rest of your life wondering if your decision caused the pregnancy loss or if it simply happened because chance dictates it to be so?

Unfortunately, the risk of miscarriage post-jab may be quite higher than actually reported.

We return to the June 2021 article from the New England Journal of Medicine, called “Preliminary Findings of mRNA Covid-19 Vaccine Safety in Pregnant Persons.”

This paper is cited as a promising piece of data on the COVID shot and pregnancy.  In fact, the authors of the study conclude in their abstract that “[p]reliminary findings did not show obvious safety signals among pregnant persons who received mRNA Covid-19 vaccines.”

“However,” the researchers add, “more longitudinal follow-up, including follow-up of large numbers of women vaccinated earlier in pregnancy, is necessary to inform maternal, pregnancy, and infant outcomes” (emphasis ours).

We can certainly understand why.

HOWEVER, in Table 4’s very own caption, the authors explain that fully 700 (84.6%) of the 827 pregnant women received their jab in the third trimester – placing them BEYOND 20 WEEKS GESTATION at the time of their first COVID vax.

Why is this important?  Because a woman who has already made it to her third trimester of pregnancy cannot have a miscarriage by definition.

If, then, we assume that the remaining 127 women who received their shots earlier in their pregnancy (let’s assume all of them received their shots prior to week 20, but even that may be less than the 127 total), then the ACTUAL miscarriage rate is over 81% – four to eight times greater than the national baseline rate.

It has been two years of this pandemic, and less than one year of these mRNA COVID shots were released to the public.  Yet, already they are pushing it hard and fast on children.  Yet there is NO long-term safety data, and of the data we do have – including thousands and thousands of reported adverse effects – more is clearly needed.

But none of this stops elected officials from demanding vax mandates and gleefully “inconveniencing” people who have chosen not to take these medical products.

(NaturalHealth365)  First, it was menstrual problems, and now, it’s current and future END_OF_DOCUMENT_TOKEN_TO_BE_REPLACED