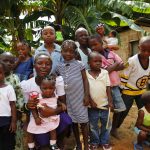 (NaturalHealth365)  Just a few years ago, news of a polio outbreak in Africa made headlines and raised eyebrows.  While celebrating the good news that there have been zero reported cases of wild polio among African children since 2016, officials, including the World Health Organization, had to asterisk this milestone by acknowledging an alarming reality: that cases of polio caused by the oral polio vaccine itself are sadly on the rise!

It’s just one unfortunate example of the unexpected and often ignored potential dangers of mass vax campaigns – and says nothing of the potential dangers inherent within the drug companies profiting from these drugs.  A short look at Pfizer’s history of mistake-making should be enough to illuminate this issue.

Here’s a brief rundown of Pfizer’s corruption and wrongdoing – a laundry list of fraud, negligence, and other criminal acts

One must acknowledge the potential for bias, conflict of interest, and other confounding factors that influence the “science” we hear about COVID shots and other pharmaceutical moneymakers.  Everyone, after all, must come to their own conclusions about when and whether to consume a drug, but true informed consent requires transparency of the research and development involved.

Perhaps this lack of transparency is why many have been so skeptical about the frantic push to get needles into the arms of every single person on Earth over the age of five – and perhaps even younger than that, soon enough, if Pfizer and Moderna have their way.  (Pfizer also announced this week that they would submit an application to the U.S. Food and Drug Administration to authorize the first COVID booster dose for kids aged 5-11.  In case you’ve lost count, that’s three shots – in addition to all the others within the childhood vax schedule – in less than a year, all under the guise of “emergency use authorization.”)

Indeed, when one considers Pfizer’s long history of criminality, the issue of transparency becomes even more relevant.

Here’s a glimpse of just a few of Pfizer’s most notable crimes, as described in a December 2021 article posted to Substack:

The crimes and lawsuits listed above are just a tiny smattering of the ones involving Pfizer over the decade.  Yet, today we are supposed to blindly accept drugs made by this pharmaceutical powerhouse, knowing that the company is profiting handsomely off their product (to put it mildly).

How nice for them, after all, that not one, not two, not three, but at least FOUR doses of their moneymaking COVID shot (administered in less than one year) are needed to actually work!

Pfizer certainly is putting their profits to use to position themselves as leaders in healthcare and keep them top-of-mind in political and medical spheres.  According to Statista, the pharmaceutical industry spent nearly $4.6 billion on national television advertising in the United States in 2020 alone.

And according to a 2020 observational study published in JAMA Internal Medicine, between 1999 and 2018, the pharmaceutical and health product industry spent $4.7 billion (about $233 million per year) on lobbying the U.S. federal government and hundreds of millions more on contributions to presidential and congressional electoral candidates, national party committees, state candidates, and committees.

Nobody can deny how influential these drug companies are and how intertwined their board members are with the board members of major media corporations.  The question is: who will hold these companies accountable when more criminal acts inevitably come to light?

(NaturalHealth365)  Since the late 1980s, the number of petitions filed with the END_OF_DOCUMENT_TOKEN_TO_BE_REPLACED

(NaturalHealth365)  One of the big talking points of mainstream media, MD influencers, END_OF_DOCUMENT_TOKEN_TO_BE_REPLACED

(NaturalHealth365)  Are we surprised at this point?  Breaking news from the U.S. END_OF_DOCUMENT_TOKEN_TO_BE_REPLACED