BOMBSHELL: COVID shots were NEVER supposed to stop the spread of the virus, Pfizer executive admits the obvious 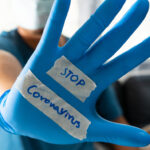 (NaturalHealth365)  If you’re not surprised that the media and Big Pharma bigwigs are trying to gaslight the public about the true intent of the “safe and effective” COVID shots, you’re probably at least a little disgusted by it.

One Pfizer executive even recently admitted that the company’s insanely profitable drug was never properly tested to see whether it could stop the transmission of SARS-CoV-2 – even though that used to be the entire point of the shot!  At least, that’s what government officials used to say …

Don’t let them gaslight you: After months of saying jabs were necessary to “slow the spread,” official messaging has changed dramatically

On the U.S. Centers for Disease Control and Prevention’s website discussing the “Benefits of Getting a COVID-19 Vaccine” (last updated August 2022), the agency writes that these shots are safe and effective at “protecting people from getting seriously ill, being hospitalized, and even dying.”  Notice that this is a subtle but definite change in messaging compared to when the COVID shots first rolled out to the American public.

Back then, the main thing we were told was that getting the shots would help “slow the spread” and that NOT getting vaxxed was putting other people needlessly at risk.  People choosing to abstain from mRNA injections were made to feel selfish, dangerous, and downright immoral – unvaxxed people were even compared to drunk drivers by schoolteachers and mainstream media outlets like The Washington Post.  This is absolutely disgusting and divisive messaging that the likes of CNN correspondent Dr. Leana Wen (who co-wrote a September 15, 2021, WaPo opinion piece brazenly titled, “Remaining unvaccinated in public should be considered as bad as drunken driving”) should be ashamed for espousing.

And what’s equally disgusting is how the media and now Big Pharma officials are trying to act as if they never made claims that the vax could prevent viral transmission.  Did they forget, after all, when U.S. President Joe Biden said to the American public in July 2021 that “you’re not going to get COVID if you have these vaccinations”?  (Yes, he was “fact-checked”, but in an offhanded, after-thought manner, and he never publicly retracted his statement.)  Pfizer even Tweeted in January 2021 that “the ability to vaccinate at speed to gain herd immunity and stop transmission is our highest priority” (emphasis ours).

Of course, now, even as officials continue to move the goalposts and pretend like the shots were “never” about preventing SARS-CoV-2 infection – but “only” really about keeping you from getting really sick if you do end up getting infected (nevermind that the majority of people who do get COVID will not get severely sick anyway) – we actually have Big Pharma executives admitting that clinical trials actually didn’t determine study whether the shots stopped transmission.

Janine Small is Pfizer’s president of international developed markets.  She recently testified before the European Union Parliament in the place of Pfizer CEO Albert Bourla.

Small was asked a direct question by Dutch Parliament member Rob Roos: “Was the Pfizer Covid vaccine tested on stopping the transmission of the virus before it entered the market?”  (He followed up this question with this: “If not, please say it clearly.  If yes, are you willing to share the data with this committee?  And I really want a straight answer, yes or no, and I’m looking forward to it.”)

Here is Small’s response: “Regarding the question around, um, did we know about stopping the immunisation [sic] before it entered the market?  No, heh.”  (Given the context, it’s obvious that Small misspoke here, saying “immunisation” instead of “transmission.”)

She continued: “Uh, these, um, you know, we had to really move at the speed of science to really understand what is taking place in the market, and from that point of view, we had to do everything at risk.  I think Dr. Bourla, even though he’s not here, would turn around and say to you himself, ‘If not us, then who?”

In other words, no: the Pfizer COVID vax was NOT tested on stopping the transmission of the virus.

Understandably, Mr. Roos said this admission from Pfizer rendered so-called “vax passports” illegitimate.  After all, if we never knew whether the shots actually stopped transmission, then why on earth would we require people to get vaxxed in order to move freely in society?  It’s a move, Mr. Roos said, was “shocking, even criminal” as it led to “massive institutional discrimination as people lost access to essential parts of society.”

Discrimination of an entire group of people simply because they chose not to get an experimental drug that didn’t even do what the propaganda claimed it could.

(NaturalHealth365)  The Wall Street Journal (WSJ), an organization that reports the news, END_OF_DOCUMENT_TOKEN_TO_BE_REPLACED