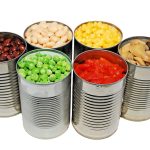 (NaturalHealth365)  When bisphenol-A, or BPA, came on the radar as a serious health hazard, scientists began scrambling to find a suitable alternative as quickly as possible.  They were successful – or were they?

The substance they created to be used instead of BPA is bisphenols-S or BPS.  And researchers are now sounding the alarm that BPS poses serious risks to cardiovascular health.

The industrial chemical BPA has been used since the 1950s to make epoxy resins and polycarbonate plastics.  These plastics are commonly used in water bottles and other containers to store beverages, food, and other consumer goods.

The epoxy resins are often used to coat the inside of water supply lines, bottle tops, food cans, and other metal products.  It is also found in some dental composites and sealants.

Several research studies have found that BPA can seep into beverages and food from the container they are stored in that contain BPA.  In addition, exposure to the chemical through skincare products has been linked to several health issues such as type 2 diabetes, increased blood pressure, and cardiovascular disease.  It has also been shown to affect the prostate gland and brain of children, infants, and even fetuses and cause lifelong adverse effects.

BPS was intended to be the safer alternative to BPA.  It is closely related to BPA in structure and composition but still, be unique enough to avoid causing health problems.

The chemical is found in thermal paper receipts, which many retail outlets use.  It is also used in plastics, including those used for storing food (often on products marked “BPA Free”) and in the lining for food and beverage cans.  Plus, it’s found in some medical devices.

It was once believed to be safer than BPA, but now science is saying otherwise.

A recent study published in Environmental Sciences Europe examined BPS and made some alarming discoveries.  The chemical is an “endocrine disrupter,” meaning that it can affect the hormones, causing imbalances and other issues.  BPS has also been linked to the expression of certain carcinogens, particularly breast cancer.  It has also been linked to the proliferation of breast cancer cells.

It has been found to impair neural function, kidney disease, insulin resistance, and irregular vascular function, especially in children, even fetuses.

The study utilized data from the National Health and Nutrition Examination Survey conducted by the U.S. Centers for Disease Control and Prevention between 2013 and 2016.  Researchers discovered a positive correlation between coronary heart disease risk and urinary BPS among several health concerns linked to BPS.  In short, they determined that BPS is not a safe alternative for BPA.

How to avoid BPA and BPS in products you use?

BPA and BPS have become so ingrained in our daily lives it might seem as if eliminating them is impossible or at least very difficult.  However, there are some things you can start doing now to minimize or eliminate your risk of exposure:

Going BPA and BPS free may seem inconvenient at first, but the risks far outweigh any benefits these chemicals could possibly provide.

(NaturalHealth365)  Research over the past decade has shown, without a doubt, that END_OF_DOCUMENT_TOKEN_TO_BE_REPLACED