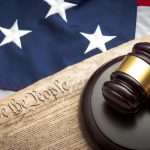 (NaturalHealth365)  For the past two years, the world’s governments have committed never-before-seen atrocities against the global population, all in the name of science and under the pretense of protecting public health from a virus – the existence of which has never been proven.  Draconian lockdowns, endless mandates, increasing censorship, and forced inoculation with experimental gene therapy have become the “new normal” in most countries around the world.

Those awake see through the diabolical plan to bring humanity to its knees, begging for a “New World Order.”  This awakened portion of the population has been impatiently waiting for the majority to wake up and finally see through the propaganda machine’s never-ending lies and ever-changing science used as a justification for the government’s crimes.  Will there be accountability?  Will there be justice for all the deaths and suffering caused on such an unprecedented scale?

Although no one can say with certainty what the future holds, positive events are taking place that the mainstream media will not report.  Clearly, if the mainstream media did their job, they would surely inform the public about an international criminal investigation underway to expose the world’s governments for conspiring to stage a pandemic.

Eleven international lawyers and a judge announced a criminal investigation “to present the legal, scientific, and medical reasons why the populace must stop the Covid-19 measures and refuse the mRNA-based injections that forced upon them.”

As mentioned in a media release issued by the group, the proceeding takes place outside the current system because the judicial system is “irreparably corrupt.”  Therefore, to make sure the serious allegations of crimes against humanity get a fair hearing, the Grand Jury Investigation is conducted before the People’s Court of Public Opinion.

On February 5th, 2022, lawyers gave their opening statements at the Grand Jury Proceeding, including Dr. Reiner Fuellmich, Attorney At Law and co-founder of the German Corona Committee.

In his opening statement, Dr. Fuellmich drops some truth bombs that are worth listening to.

According to the group, the world’s governments – controlled by “corrupt and criminal power structures” – conspired to stage a global pandemic that had been planned for many years.  The allegations brought forth are serious and based on four facts.

One, there is no corona pandemic but only a PCR test “plandemic”.  Through the fabrication of an official narrative and a carefully planned psychological operation – spread by mainstream media – governments created mass panic to persuade the world’s population to take the COVID-19 injections, which according to the attorneys are “neither effective, nor safe, but extremely dangerous, even lethal.”

Two, the virus itself can be treated easily, safely, and effectively with widely available and inexpensive vitamins and therapeutics.  Early treatment options have been banned and hidden from the people of the world to push the experimental injections.

Three, the same people responsible for the swine flu scare 12 years ago also created the coronavirus pandemic.  Over a decade ago, very few people questioned the official narrative and trusted their governments.  But today, the situation is different.  As Dr. Fuellmich said in his opening statement, “our governments are not our governments anymore, rather, they have been taken over by the other side through their main platform, the World Economic Forum.”

Finally, the fourth fact the grand jury allegations are based upon is the evidence supporting the perpetrators’ primary purpose behind the staged pandemic.  So what is their end game?  It is exactly what conspiracy theorists have been warning about for over two years now, and that is the “full and complete control over all of us” through the destruction of small and medium-sized businesses.

Call to action: People of the globe to initiate criminal proceedings in their own regions

As part of the proceeding, many expert witnesses are scheduled to testify to shine a light on the darkest crime in human history.  Some of the experts are:

The lawyers involved in the investigation hope to “motivate people across the globe to institute criminal proceedings and civil proceedings (for damages, including punitive damages) against all those who are criminally and civilly responsible for atrocities committed in their communities and regions.”  They are confident that after hearing all the evidence, the jury will recommend indictments against the perpetrators for crimes against humanity.

Be sure to watch the expert witness testimonies and be ready to draw your own conclusions.

(NaturalHealth365)  In yet another sign of the seemingly inevitable apocalypse, Moderna and END_OF_DOCUMENT_TOKEN_TO_BE_REPLACED