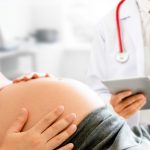 (NaturalHealth365) The amount of artificial and synthetic chemicals we’re exposed to on a daily basis is hard to fully quantify, but we do know that many of them – commonly found in everything from baby bottles to cosmetics – are known to have damaging health effects on the human body … as well as the human mind.

In a new study published in January 2020, researchers add to the growing list of evidence which shows why women should do their best to minimize their exposure to endocrine disrupting chemicals (EDCs) during pregnancy.

The key reason?  Prenatal exposure to these chemicals may have life-long impacts on their children’s intelligence.

A team of researchers collaborating from the Icahn School of Medicine at Mount Sinai and Karlstad University of Sweden wanted to investigate how early prenatal exposure to suspected and widespread endocrine disrupting chemicals influenced child neurodevelopment.  They define EDCs as “xenobiotics with the ability to interfere with hormone action, even at low levels.”

The researchers drew their conclusions from a cohort of 718 mother-child pairs who were a part of the Swedish Environmental Longitudinal, Mother and child, Asthma and allergy study (SELMA) study.

“Chemicals of concern” linked to lower IQ points among children at age seven included 1,2,3-Trichloropropane, BPA, bisphenol F (BPF), perfluorohexane sulfonate, perfluorooctane sulfonate (PFOS), perfluorooctanoic acid (PFOA), and mono-benzyl phthalate. BPF – which is sometimes marketed as a “safer” alternative to BPA – actually “made the largest contribution” to decreases in intelligence, according to the researchers.

As much of the science clearly reports: Many of these chemicals only stay in the body for a short amount of time.  For this reason, the authors warn that even short-term prenatal exposure may be harmful.

Above and beyond environmental toxin exposure: Here are 3 things that can influence a child’s IQ, according to research

In addition to EDCs like pesticides and certain plastics, many other things may influence a child’s neurodevelopment. Varying levels of evidence indicate the following factors:

(NaturalHealth365)  According to the American Association of Endodontists, more than 25 million END_OF_DOCUMENT_TOKEN_TO_BE_REPLACED